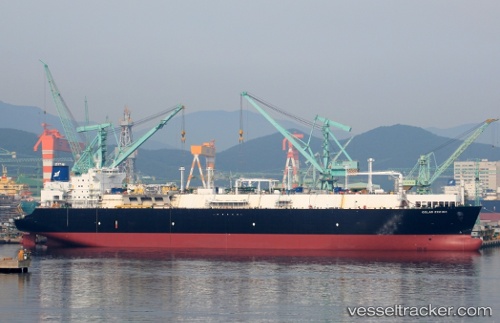 As Jordan steps up its LNG imports, GAC was entrusted with handling the first gas carriers to offload at Aqaba. The country has signed a sales and purchase agreement with Shell for the delivery of nearly 17 million cubic meters per day of gas, equal to approximately 25% of the National Electric Power Company’s daily needs, signaling an increase in demand for shipping and logistics services to support incoming Liquefied Natural Gas (LNG) carriers. GAC Jordan acted as agent for the ‘Golar Eskimo’ when it made its port call to offload 144,218 cubic meters of LNG from Qatar. As Golar’s agent and partner of choice in the country, GAC Jordan delivered a host of integrated services to the vessel including online connectivity and resupply, whilst also taking care of all the vessel’s manpower, equipment and marine assets needs. GAC Jordan has handled ship-to-ship transfers of LNG from the ‘Castillo De Santisteban’, the first LNG carrier to call at Aqaba, and the ‘SCF Melampus’, to the ‘Golar Eskimo”. After loading, the LNG was regasified and pumped as natural gas to the NEPCO’s power stations. The GAC team also worked around-the-clock to coordinate the placement of six pneumatic fenders to create a protective buffer alongside the FSRU, the first operation of its kind to be conducted in country. The task required careful co-ordination with a host of stakeholders and technical experts, and was overseen by GAC Jordan Managing Director Ghassoub Kawar and Deputy General Manager, Ibrahim Attieh. “As the government of Jordan seeks additional supplies to meet energy demand, GAC Jordan is looking forward to handling more gas carriers at Aqaba,” says Kawar. “Having handled the first FSRU to call at the port’s new terminal, we are now ramping up to handle many more vessels in the near future; with about 4 LNG carriers expected each month.” Source: GAC

Golar LNG Limited has agreed to sell its ownership interests in the companies that will own and operate the floating storage and regasification unit (FSRU) Golar Eskimo to Golar LNG Partners L.P. for a price of USD 390 million. The transaction is expected to be finalized in January 2015. The deal is financed with cash on hand, the proceeds of aUSD 220 million loan from Golar LNG Limited and the assumption of outstanding bank debt in respect of the Golar Eskimo on the closing date of the acquisition (approximately USD 162.8 million). Part of the agreement with Golar Partners is for Golar LNG to retain the right to use the FSRU and to charter the vessel to a third party starting in January 2015 and ending in June 2015, with hires received during this period belonging to Golar LNG. In return for this, the company will pay Golar Partners USD 22 million to be paid in equal monthly instalments starting in January 2015. This transaction is the sixth dropdown of assets to Golar Partners since its IPO in April 2011.