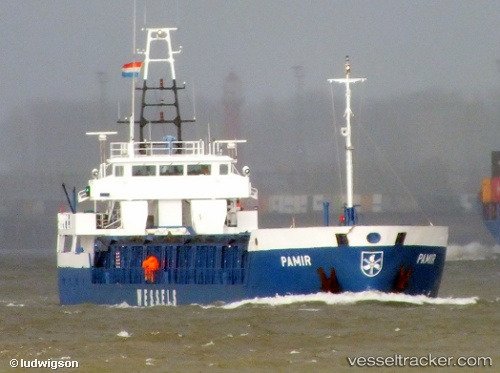 On July 16, 2019, at 10.45 p.m. officers of the water police Brunsbüttel remarked that the "Ingeborg Pilot" was overloaded upoin its entry of the small lock of the Kiel Canal in Brunsbüttel. The ship was detained and berthed at the railway station pilins in the canal port. After the issue was resolved, the vessel was allowed to continue its voyage from Leixoes to Horsens on July 17 at 3.15 a.m. and has reached the locks in Kiel at 9 a.m. after completing the eastbound transit of the waterway towards the Baltic.

On Aug 14, 2018, around 12:25 p.m., the CROSS Jobourg was involved in the medevac of a crew member of the "Ingeborg Pilot" who fell ill while the ship was 13 miles north of Cherbourg. During a conference call with the Maritime Medical Consultation Center of Toulouse (CCMM), the Maritime Medical Coordination SAMU in Le Havre and the CROSS it was decided to medevac the Russian. The CROSS Jobourg deployd a Dragon helicopter of the Civil Security from Granville to medevac the man to the Pasteur hospital in Cherbourg. At 1.50 p.m., he was hoisted and arrived at the hospital at 2.15 p.m.

Enroute from Brake, where she had sailed on Oct 6, 2017, to Fredericia the "Ingeborg Pilot" suffered engine failure. The ship berthed in Brunsbüttel on Oct 7. On Oct 12 at 8.15 a.m. the ship was taken in tow by the tugs "Stein" and "Holtenau" which had been called from Kiel, and pulled through the canal. At 2.40 p.m. the convoy reached Holtenau roads where the vessel dropped anchor. In the early morning of Oct 13 it left Kiel under tow of the tugs "Stein" (IMO: 9241243) and "Kitzeberg" (IMO: 9041150) which pulled the disabled ship to its destination Fredericia with an average speed of about five knots. She was delivered in the Center Port of Fredericia on Oct 13 around noon. The vessel left the port of Fredericia again on Oct 17 at 7 a.m. and arrived at Assens at 5 p.m. where it was docked at the Assens Skibsvaerft A/S at 11 a.m. for repairs. She left Assens again on Dec 22 around noon and headed to Rostock as first port of call where she arrived at 11.30 p.m. before proceeding to Randers on Dec 23. Photo: http://www.forum-schiff.de/phpBB3/posting.php?mode=reply&f=2&t=23