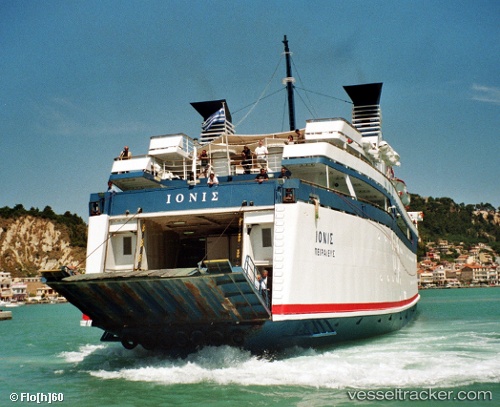 Early on Feb 22, 2021, the 'Ionis' suffered an engine failure, and the Captain informed the Port Authority of the port that the vessel was unable to start its approved route from Kea to the port of Lavrio due to the mechanical failure. The Port Department of Kea initially detained the vessel in port. Upon presentation of a class retention certificate, the vessel was permitted to sail from Kea to Lavrio without cargo or passengers, where it arrived at 11 a.m. and remained stationary as of Feb 23.

The 'Ionis' with 70 passengers, 13 vehicles, four trucks, two motorbikes and 33 crew members aboard suffered a mechanical breakdown of the port side main engine while operating the route Piraeus - Kythira - Kissamos on Jan 14, 2020. The ferry managed to return to the port of Piraeus with own power where it had departed at 10 a.m. The ship was sailing at a reduced speed of ten knots.

The "Ionis" suffered a damage of the starboard main engine, about four nautical miles east of Kythira, in the early morning of June 2, 2018. Theferry with 38 crew members and 148 passengers on board arrived safely at the port of Kythira. The port authority banned the vessel from sailing until the engine was repaired and a class maintenance certificate was issued. Passengers bound for Antikythira and Kissamos were transported to their destinations by another vessel. The ferry docked in Perama on June 5 for repairs.