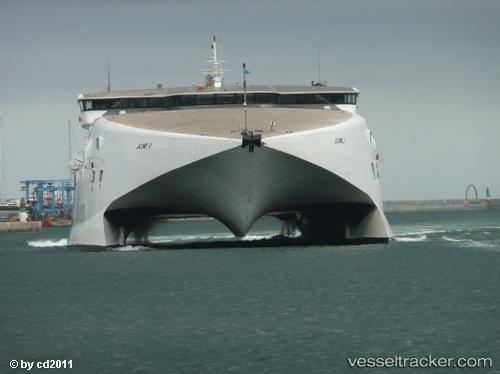 Hurricane victims kicked off ferry for not having USA visa

Hundreds of Bahamians attempting to flee the Hurricane Dorian-ravaged islands were booted off the "Jaume II" bound for the US if they did not have a visa to enter on Sep 9, 2019. An announcement was made notifying passengers that they would have to get off the ship if they didn’t have the proper documents. “All passengers that don’t have a US visa, please proceed to disembark,” the announcement said. Hundreds had to exit the ferry, which was leaving from Freeport, Bahamas, and headed to Fort Lauderdale. On Sep 8, nearly 1,500 refugees traveled to the US on another cruise ship without requiring visas. The passengers aboard the Balearia ferry were told before boarding it was ok with Bahamian passport and clean police record. US Customs and Border Protection said on its website that Bahamian citizens may apply for admission to the US without a visa if they meet certain requirements, including possessing a valid, unexpired passport, have no criminal record, and have a police certificate issued within the past six months. In a statement on sep 9 CBP said it was notified of the vessel preparing to embark an unknown number of passengers in Freeport and requested that the operator of the vessel coordinate with US and Bahamian government officials in Nassau before departing The Bahamas. “Everyone who arrives to the United States from another country must present themselves to a CBP officer for inspection at an official CBP Port of Entry. All persons must possess valid identity and travel documents,” the agency said. “CBP has a Preclearance operation in Nassau. CBP is committed to carrying out our duties with professionalism and efficiency — facilitating lawful international travel and trade.. CBP relies on the transportation companies in both the air and sea environments to be engaged in ensuring the safety and well-being of any individuals that have been devastated by this tragedy and that requires transparent communication and planning for adequate resources to receive any arrivals.” US Customs and Border Protection earlier said the operator did not properly coordinate the evacuation ahead of time. Balearia Caribbean said it regretted and apologized for the hardship and inconvenience experienced by the 119 passengers from Grand Bahama who were not transported. But it added, "We boarded these passengers with the understanding that they could travel to the United States without visas, only to later having been advised that in order to travel to Ft. Lauderdale they required prior in-person authorization from the immigration authorities in Nassau." US president Trump told that authorities "have to be very careful" when letting people from the Bahamas into the United States: "Everybody needs totally proper documentation. I don't want to allow people that weren't supposed to be in the Bahamas to come into the United States - including some very bad people and very bad gang members." Dorian devastated the Bahamas as a Category 5 hurricane last week and left more than 40 people dead. Report with photo and video: https://edition.cnn.com/2019/09/09/us/bahamas-dorian-evacuations-monday/index.html