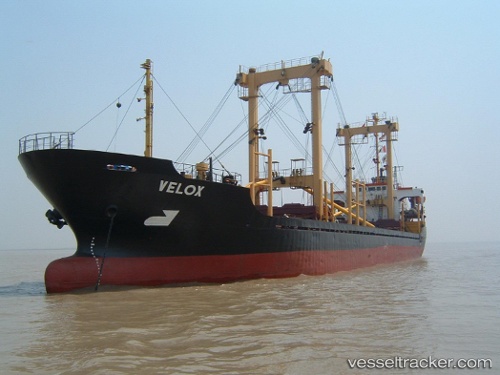 The United Nations has banned four ships from visiting any global port, after they were found violating sanctions imposed on North Korea, the "Petrel 8", "Hao Fan 6", "Tong San 2" and "Jie Shun". The UN Security Council expanded sanctions on North Korea last month in response to Pyongyang's sixth and largest nuclear test yet. The ban was announced following a UN meeting on Oct 9, 2017. The ships were found transporting prohibited goods. The ban, which went into effect on Oct, did not entail asset freezes or travel bans. In August, a UN resolution banned exports of coal, seafood and iron ore from North Korea. Sanctions were expanded last month to include the export of textiles and North Korean guest workers, as well as a cap on oil imports. The tightening of trade restrictions followed Pyongyang's sixth nuclear test and the firing of two missiles over Japan. North Korea's main economic partner China has signed up to the measures, along with Russia. Both have previously vetoed harsher sanctions on the secretive state.

October 1 at 9:24 PM Last August, a secret message was passed from Washington to Cairo warning about a mysterious vessel steaming toward the Suez Canal. The bulk freighter named Jie Shun was flying Cambodian colors but had sailed from North Korea, the warning said, with a North Korean crew and an unknown cargo shrouded by heavy tarps. Armed with this tip, customs agents were waiting when the ship entered Egyptian waters. They swarmed the vessel and discovered, concealed under bins of iron ore, a cache of more than 30,000 rocket-propelled grenades. It was, as a United Nations report later concluded, the “largest seizure of ammunition in the history of sanctions against the Democratic People’s Republic of Korea.” But who were the rockets for? The Jie Shun’s final secret would take months to resolve and would yield perhaps the biggest surprise of all: The buyers were the Egyptians themselves. A U.N. investigation uncovered a complex arrangement in which Egyptian business executives ordered millions of dollars worth of North Korean rockets for the country’s military while also taking pains to keep the transaction hidden, according to U.S. officials and Western diplomats familiar with the findings. The incident, many details of which were never publicly revealed, prompted the latest in a series of intense, if private, U.S. complaints over Egyptian efforts to obtain banned military hardware from Pyongyang, the officials said. It also shed light on a little-understood global arms trade that has become an increasingly vital financial lifeline for North Korean leader Kim Jong Un in the wake of unprecedented economic sanctions. https://www.washingtonpost.com/world/national-security/a-north-korean-ship-was-seized-off-egypt-with-a-huge-cache-of-weapons-destined-for-a-surprising-buyer/2017/10/01/d9a4e06e-a46d-11e7-b14f-f41773cd5a14_story.html