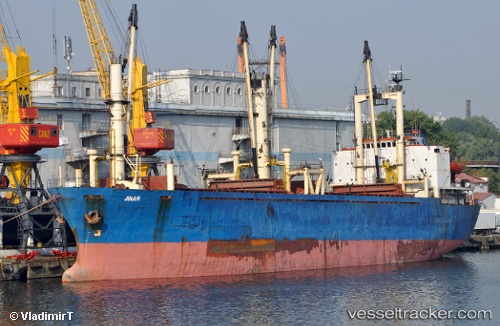 For nearly 16 months, 11 crew members of the 'Jinan' have been stuck at Mombasa Port, depending on donations for survival after their employer abandoned them in October of 2019, while the ship was en route from Russia and made a stop at Mombasa Port. At the time of its abandonment, it had 18 Syrian crew members, but seven were lucky to leave before Covid-19 struck in March 2020. A recent port state control inspection on the ship by officials from Kenya Maritime Authority revealed deteriorating living conditions on board, and the crew did not have sufficient access to clean water and food. They were dependent on donations by Mission to Seafarers, ITF and the Apostleship of the Sea. In September 2020, an admiralty court in Mombasa gave the crew orders to sell the ship to recover their wages, which had accumulated to more than $300,000. Thus, the crew repatriation depends on how soon they secure a deal to sell the 'Jinan'. In 2020, the Kenya Maritime Authority successfully lobbied for its de-flagging.

On Jan 5, 2021, the Kenya Maritime Authority (KMA) Director-General, Mr. Robert Njue dispatched a team of two officers with foodstuff to last one week onto the 'Jinan' which has been stranded at the port of Mombasa since 2019. The flag state Zanzibar whwithdrew the registration following successful lobbying by Kenyan authorities after conditions aboard the ship were found to be unbearable. 11 crew members have been living on handouts and donations from well-wishers since the owner of the vessel, Maher Lobadi, abandoned them despite their safe voyage from a Russian port to Mombasa where they delivered steel for construction. Initially, the crew consisted of 18 men, all Syrian nationals. Following their abandonment and at the height of Covid-19 pandemic in March 2020 four crew members left before another three left for home after desperately waiting for their wages in vain.