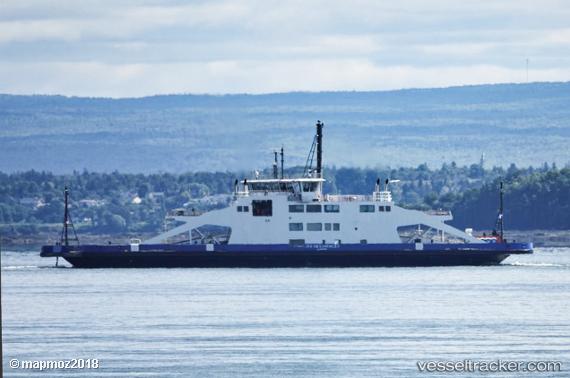 After an interruption of a few hours overnight, the service Tadoussac – Baie-Sainte-Catherine resumed on March 18, 2021, at 6:30 a.m., but with only one vessel in operation, after the 'Jos-Deschênes II' suffered a mechanical failure and was sidelined by the Société des traversiers du Québec (STQ) in Tadoussac around 4 a.m. It was unlikely that the ship would return into service that day while it was investigated what exactly happened.

Ferry sidelined in Tadoussac after breakdown

On Oct 27, 2020, the 'Jos-Deschênes II' suffered a mechanical breakdown, leaving only one ferry in operation until further notice at the Tadoussac-Baie-Sainte-Catherine crossing. Since the afternoon, departures tool place every 40 minutes from each shore, after a mechanical failure immobilizes the 'Jos. Deschêne II'. The Société des traversiers du Québec (STQ) was investigating the situation. On Nov 9 the 'Jos-Deschênes II' was back in service on the Tadoussac — Baie-Sainte-Catherine route.

The 'Jos Deschênes II' allided with the pier in Baie-Sainte-Catherine in the afternoon of Nov 21, 2019. A mechanical problem caused a loss of control in the maneuverability at the time of docking at 2.10 p.m. The impact was minor. Nobody fell, and there was no damage to the cars on board. However, all departures on the Tadoussac-Baie-Sainte-Catherine route were canceled until further notice. An STQ team inspected the dock to see if the 'Armand-Imbeault II' could return to service and dock at the Baie-Sainte-Catherine wharf. The 'Jos-Deschênes II' was berthed at the Tadoussac Dockyard and was inspected by the Transport Canada Classification Society. As the repair could take longer, the 'Jos-Deschênes I' was called from Sorel and was expected in Tadoussac on Nov 23 for a relaunch of the two-ship service.