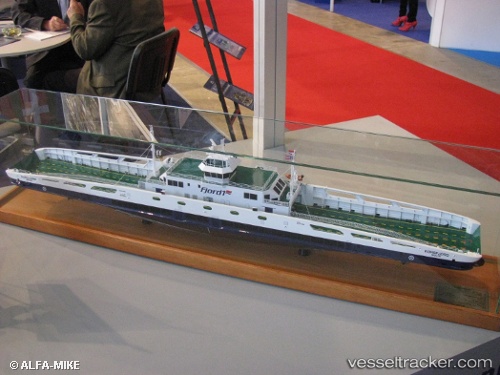 A system failure on the "Korsfjord" led to a large scale evacuation due to a feared assive gas leakage in Flak outside Trondheim in the afternoon of Oct 31, 2018, at 1.10 p.m. The Trøndelag Fire and Rescue Service evacuated thousands of people in the area. They set ferry departures on the route Flakk-Rørvik and block the area. Then fire fighers investigated the ferry, and a malfunction was found, but there never had been a gas leak. The barriers were quickly removed then. The ferry remained sidelined for investigations. Reports with photos: https://www.nrk.no/trondelag/kiosk-og-hus-i-trondelag-evakueres-pa-grunn-av-gasslekkasje-1.14273103 https://www.adressa.no/nyheter/trondelag/2018/10/31/Evakuerte-kiosk-og-nabohus-p%C3%A5-Flakk-fryktet-gasslekkasje-p%C3%A5-ferja-17791692.ece

Ferry crew saved man who tried to swim over fjord

A man who had swum across halfway over the Trondheims fjord was picked up by the "Korsfjord" serving the iFlakk - Rørvik route on Apr 27, 2015. around 3 p.m. The ferry "Terningen" had observed something in the sea. When the speedboat came closer, the crew spotted a man in the sea. He was wearing black wetsuits, and only his head was sticking up. The "Korsfjord" launched a boat and picked up the man who was not very keen on getting aboard the ferry, He had tried to swim across the fjord between Flakk on the Trondheim side and Rørvik on Fosen side. The distance is 7.2 kilometers. He swam all alone without escort boat and could have been caught by a propeller.

On Mar 17, 2015, at 5.30 p.m. a fire broke out on a truck of Bring aboard the "Korsfjord" on its way from Rørvik to Flakk. The fire broke out about eight minutes after the ship had left the quay. The crew got people away from the area and into the lounge and was able to extinguish the fire on the way to shore. The engine of the truck had been alight, but the crew soon gained control. Emergency forces, including a Sea King helicopter, were sent to the port and attended after the "Korsfjord" had berthed 15 minutes later. There were no reports of injuries. The fire was reported out at 6 p.m. The ferry was sidelined until the truck was removed and the decks were cleared. Some of the crew have been checked by health professionals for smoke inhalation. Norwegian reports with photos and video: http://www.adressa.no/incoming/article10761733.ece http://www.nrk.no/trondelag/lastebil-sto-i-brann-pa-flakk-ferga-1.12265488 http://www.fosna-folket.no/nyheter/article10761818.ece