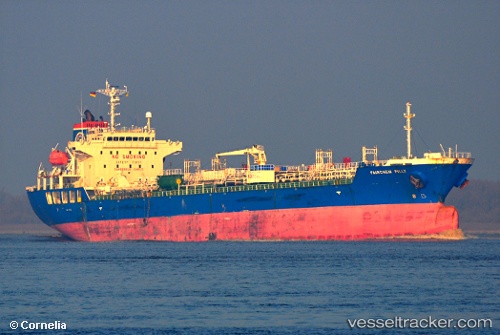 The National Transportation Safety Board (NTSB) has released a Marine Accident Brief about the over-pressurization of the number 3 port and starboard cargo tanks of the 'Lavraki' on May 30, 2019 while discharging liquid hexene at Vopak Terminal in Deer Park, Texas. All cargo was contained on board the double-hulled vessel, with no pollution or injuries reported. Damage to the vessel was estimated at $750,000, and the contaminated cargo was an estimated $100,000 loss. The NTSB determined that the probable cause of the over-pressurization and rupture was the vessel and terminal personnel involved not following policies and procedures related to cargo discharge and nitrogen-blanketing operations. Contributing to the casualty was the lack of effective communication between the vessel and terminal personnel and the decision of the vessel?s PIC to continue discharge operations after being unable to communicate with the terminal. When a low-pressure alarm was activated on the vessel?s hexene tanks, the chief mate repeatedly attempted to contact terminal personnel via a handheld radio to request nitrogen, but the Vopak PIC (dockman) did not answer. Since the chief officer could not contact the Vopak Person In Charge, he ordered the ship?s pumpman to open the ship?s nitrogen supply valve all the way, after which the pressure in the tank should have risen, but it did not. At this point, instead of securing the vessel?s nitrogen valve and stopping the operation until communications could be restored, the chief officer had the pumpman fully open the nitrogen valve, effectively removing all shipboard throttling control of the nitrogen coming on board. With the ship?s throttling ability removed, the combined effect of the nitrogen pressure at the dock, the amount that the terminal valve was open, and the larger four-inch hose (without a flow-reducing orifice installed before the ship?s manifold) resulted in the rapid pressurization of the cargo tanks, exceeding the relief valve capacity and over pressurizing the tanks to 15.8 psi (109 kPa), as recorded on the cargo vapor pressure monitoring system. Since the nitrogen hose connection was improperly configured (without a one-inch hose or orifice), the flow rate of nitrogen had to be controlled by the ship or terminal personnel by manually adjusting the dock or ship valve. Therefore, communication between the ship and terminal personnel was critical.

The "Fairchem Filly" polluted the Northsea with at least 200 cbm contaminated tank cleaining water. The police launched an investigation after the ship entered the port of Hamburg on Aug 10, 2016. The 48-old Russian master and the 31 year old 1st officer from India had to pay a safety fine of 20.797 Euro. The authorities had been notified by the traffic control in Wilhelmshaven which remarked a strange course of the tank ship which, instead of heading directly from Antwerp to Hamburg, changed course towards the economic zones of Denmark and Norway. On Aug 12 the ship was allowed to leave Hamburg again and headed to Southport, USA; ETA Aug 23.