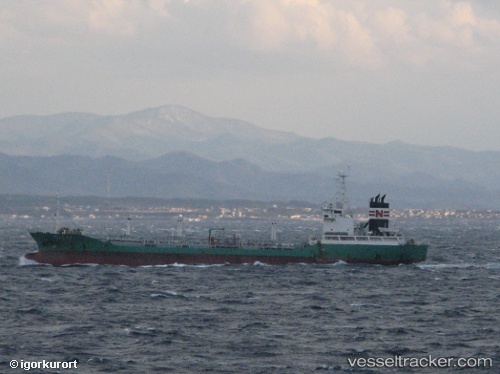 A local boat is suspected to be involved in the robbing of almost three million litres of diesel from a Japanese tanker, Naniwa Maru 1, by eight criminals in the waters of Port Klang, near Pulau Ketam, early Tuesday morning. Malaysian Maritime Enforcement Agency (MMEA) enforcement chief, Capt Christopher Dass said based on the investigation through the marine radar system, a local boat was at the same location of the tanker when the robbery occurred. "We are still trying to identify the owner of the boat in our ongoing investigation," he said when contacted today. It was reported that in the incident about 1am on April 22, the Naniwa Maru 1 with 18 crew and carrying a cargo of 4.5 million litres of diesel from Singapore and heading for Yangon, Myanmar was robbed by eight men, suspected to be Indonesians and armed with two pistols and a machete. The robbers escaped with almost three million litres of diesel, communications equipment and personal belongings and cash taken from the ship's crew. Three of the crew holding important positions, namely the ship master, chief officer and chief engineer, were also taken away and the initial investigation indicated that they might have abetted the heist. On developments of the investigation, Dass said they still had not completed taking down statements from the other crew members comprising 10 Thais, seven Indonesians and an Indian national. So far, they have taken statements from the second engineer, the second officer and three or four other crew members. Dass said the MMEA Forensic Unit were also taking finger prints from the ship in its investigation. "I've been made to understand that the tanker's owner in Singapore has appointed an agent to liaise with us and four representatives of the Indonesian embassy have also visited the ship to obtain more information on the incident," he said. Asked on how long the tanker would be berthed in Port Klang, he said it would depend on the investigation and the appointment of a new ship master. http://www.mysinchew.com/node/97735?tid=4

April 23 (Reuters) – Armed pirates raided a Japanese oil tanker off the coast of Malaysia and abducted three crew members, Malaysian maritime police said on Wednesday, underscoring increasing threats to shipping in one of the world’s busiest waterways. The incident in the Malacca Strait. Six pirates in a speedboat boarded the Naninwa Maru 1 at 1.00 a.m. local time on Wednesday (Apr. 23) off the coast of west Malaysia, Maritime Police Commander Abdul Aziz Yusof told Reuters. The pirates pumped out more than half the 5 million litres of diesel carried by the tanker into two waiting vessels and made off with three crew members, he added. Domestic media said the abducted men were Indonesians. The Japanese tanker, headed for Myanmar from Singapore, had Indonesian, Thai, Myanmar and Indian crew members.