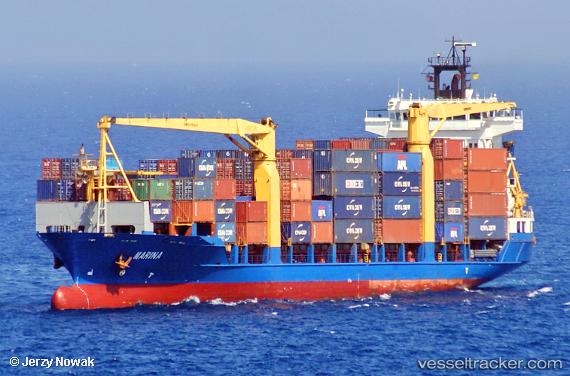 Food and water delivered by charities

On May 8, food and water bought by religious charities were delivered to the 'Marina' by a boat of the Italian Coastguard. There were, however, no news on the migrants disembarkation. The situation on board of the ship has become critical. The 13 crew members were encountering shortages of food and fresh water, and has to recycle aircondition water for washing and toilet purposes. The 78 migrants werere on the verge of explosion, and there was already a knife fight among them. They were staying on the foreship of the vessel and the crew inside the accomodation except when supplying the boat people. German report with photo: https://www.faz.net/aktuell/politik/ausland/handelsschiff-mit-geretteten-migranten-darf-nach-sizilien-16761106.html

Situation critical after rescue of migrants and port's refusal

The German company Klingenberg Bereederungs- und Befrachtungs GmbH & Co KG, in Elerbek on May 6 warned of an escalation of the situation aboard the 'Marina' off Malta which had requested the ship to rescue 79 disrressed migrants, the majority claiming to be Bangladeshi, the rest being allegedly from Morocco, Chad, Libya and Sudan. The ship was waiting off Lampedusa for permission to enter a port since. The migrants showed aggressions after spending days and nights on the sheer steel deck. The 13 crew members were encountering shortages of food and fresh water, and has to recycle aircondition water for washing and toilet purposes. The seafarers meanwhile sought shelter in the accomodation block.

The 'Marina' with a group of 78 migrants on board has been refused entry by both Italy and Malta. Prime Minister Robert Abela on May 4 said Malta would not budge in its stance of keeping migrants outside its territorial waters, as the country’s ports were closed. Lawyer Ann Fenech, representing the owners of the 'Marina' explained that the vessel had been en route from Sfax to Malta Freeport when it was diverted by the Malta rescue centre (Malta RCC) to search for and pick up the migrants. Once the migrants were embarked, the master asked the Malta RCC for instructions on the disembarkation but none were forthcoming. As it was standing by, the vessel drifted towards Lampedusa and asked the Port of Lampedusa for permission to disembark the migrants. Lampedusa refused entry and advised the master that it was the Malta RCC which was responsible. The Master advised that the situation was serious. There were only 13 crew members who were not experienced in search and rescue and 77 migrants. They did not have enough food and water to get them past the next 24 hours, and six of the migrants required urgent medical attention. The crew did not have sufficient personal protective equipment for the migrants, and the situation on board was now very difficult. The RCC Malta has been specifically requested to allow the vessel to continue its journey to Malta where the 'Marina' can disembark the migrants and continue with its loading and discharging of containers. The European Commission has, in turn, said it can play a role in relocating migrants once they have been allowed to disembark. 32 NGOs have called for an end to the migration impasse.