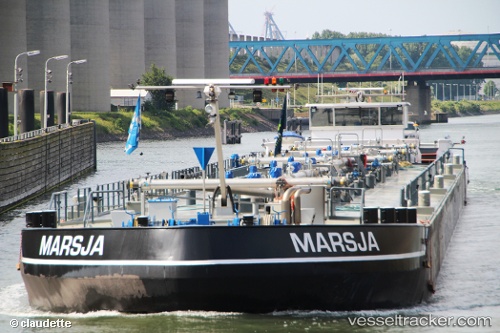 Master of grounded tanker was intoxicated

The "Ireen" was refloated on July 15 around 3 p.m. The master was breathalyzed and found to be intoxicated with 2,5 per mille alcohol. The ship had run aground between Bacharach and Lorchhausen. While 225 tons of the cargo of Methanol were lightered aboard another tanker, the ship refloated. It had been enroute to Birsfelden near Basel. The master had to pay a safety fine of 700 Euro, and his certificate was confiscated by the police in St. Goar which also took a blood sample. German reports with photos and video: http://www.rheinpfalz.de/cgi-bin/cms2/cms.pl?cmd=showMsg&tpl=rhpMsg_thickbox.html&path=/regioline/rheinlandpfalzsaarland/&id=urn-newsml-dpa-com-20090101-130715-99-01871

Grounding on the Rhine

The "Ireen", 2780 ts (EU-Nr.: 02332901), ran aground on the Rhine at Lorch in the night of July 15, 2013, whilst coming from Millingen with a cargo of 2000 tons methanol. In the midday hours a part of the cargo was pumped onto another ship, during which time the river was closed due to safety reasons at the grounding site.

On Feb 16, 2013, around noon the unloaded "Ireen" suffered a failure of its bowthruster when enterin the Rhine Lock at Vogelgrun near Breisach. Both ship and lockk were severely damaged, Rhine traffic had to be interrupted at km 224,54. The "Ireen" was coming from Birsfelden and was underway northbound when it got out of control and first ran both gates of the lock at 12.10 a.m. and then the lock wall. As also the second lock was out of service due to repair works, ship traffic was stopped. In the night of Feb 17 the French owners of the lock, Edf, managed to finish the repairs at the second lock temporarily so that ship traffic could be resumed. In about two weeks permanent repairs are to be completed and the repair of the damaged lock may start. German report with photo: http://www.pz-news.de/nachrichten_artikel,-Schiff-rammt-Schleuse-Oberrhein-kurzfristig-gesperrt-_arid,400067.html