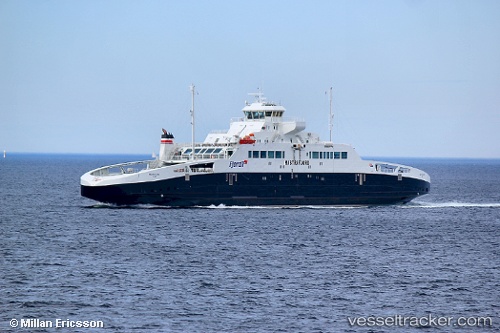 Cars in collision on ferry deck

On Aug 11, 2016, three vehicles collided aboard the "Mastrafjord" which was headied to Arsvågen when the accident took place. The police was notified about the incident at 10:52 a.m. Besides a total of three vehicles and six people are involved, among them two children aged seven and nine years. The accident happened while the cars drove on board. Two of the cars were stationary when a third car ran into the rear of one car, which in turn hit the car ahead. The cars were electric cars, and had to be towed by ferry. The accident was caused by an error in the pedal use of one driver. The ferry returned to Mortavika, Rennesøy, where an emergency was waiting. One of the people involved complained of pain in the neck, otherwise there were minor injuries.

The "Mastrafjord" had to be taken out of the service between Arsvågen and Mortavika on Aug 18, 2014, due to a technical failure. Until repairs were carried out in Arsvågen , only three ferries were thus left on the route.