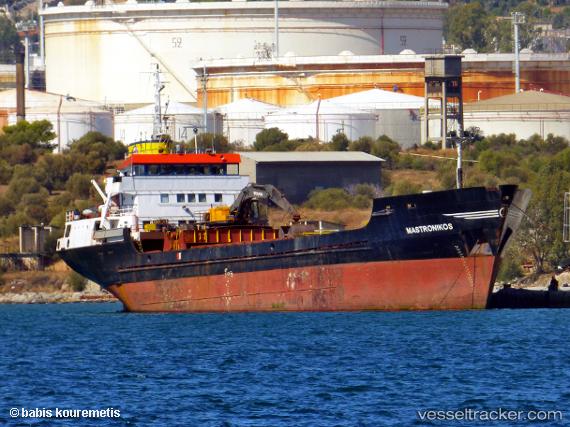 The cargo m/v "La Joie" while leaving the port of Piraeus, was in collision with the inbound "Ahti R" in the afternoon of Jan 16, 2016, in stormy weather conditions. Both ships had a pilot on board. The ships were not headed on crossing routes, but probably the big swell caused problems with steering and thus clashed. Both vessels suffered damages, but there was no leak. The ships were detained for investigation and surveys.

The "Ahti R" suffered a propulsion system failure and lost power on June 11, 2015, in the northern Kafireas Strait while being en route from Istanbul to Gavrio two miles off Cape Kafireas. The accident happened very close to the shore and the ship asked for assistance from the local authorities. Spanopoulos Salvagetug was requested to take the ship in tow and dispatched the "Christos VI", but the crew managed to fix the problem, and the "Ahti R" reached Kypri Bay anchorage under own power, escorted by the tug. The tug was dismissed after the vessel anchored on the port's roads for repairs and inspectons before resuming the voyage to Andros island.