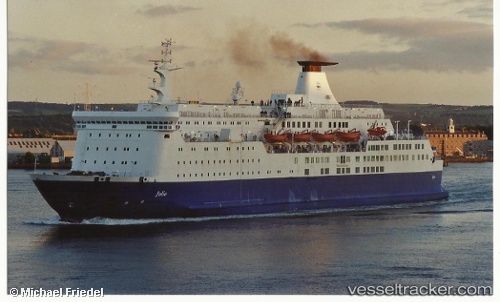 Number of infected migrants rose to 30

The number of migrants who were tested positive for COVID 19 rose to 30 on the quarantine ship "Moby Zazà". After being rescued in the Mediterranean by the humanitarian vessel "Sea Watch 3", 211 migrants had been transferred to the quarantine ship and had been swabbed from which emerged the presence of 28 cases of coronavirus, who were immediately isolated on a deck of the ship. From the daily tests of the last few days, however, two other infections have resulted.

The 'Moby Zaza' moored off Porto Empedocle on June 24 with 28 corona infected migrants on board, who were among those 211, who were rescued by the 'Sea Watch 3' three days earlier. At the moment the positives were asymptomatic or with completely mild symptoms and no medical evacuations were foreseen, as happened for two other migrants, one of whom, being positive tested, was hospitalized in the "Sant’Elia" of Caltanissetta. A second migrant was transferred to the same hospital and subjected to a swab. The Red Cross, with the coordination of the prefecture and the health authorities, continued to monitor the situation.

Migrant jumped over board and died

28 year old Tunisian migrant was found dead after he had jumped from deck 6 of the 'Moby Zata' on May 20 at 4.25 a.m. 15 meters deep into the sea while the ship was at anchor in Porto Empedocle (Ag). He was thought to be trying to escape since he had a lifebelt on. Seas in the area were force four with waves above two metres in height. The lifeless body was found a few meters from the shoreline of San Leone in Agrigento. After the "man overboard" alarm was raised, the Guardia di Finanza (Gdf) and the Harbour Master's Office started a search with patrol boats. A helicopter and a Coast Guard plane also took off. The Prosecutor of Agrigento has instructed the Gdf to take care of the investigations to find out what actually happened, and the reasons why the migrant decided to jump into the water.