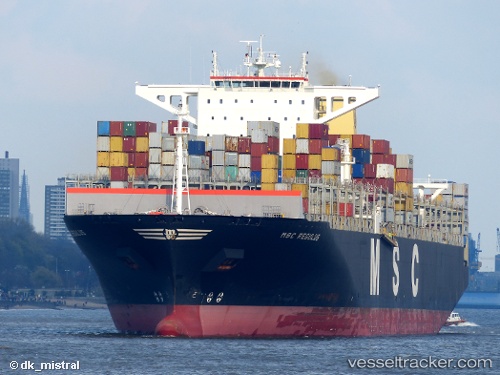 On Dec 17, 2016, at 5 a.m. the "MSC Regulus" was in collision with the fishing boat "Don Gerardo 2" from Manta approximately 216 nautical miles southwest of Puntilla de Santa Elena in pos. 03º 26 'S 84º 23' W off the Zorritos district of Peru. The "Don Gerardo 2", which had left port on Dec 14, was sunk, and at least five people died, half a dozen went missing, 12 were rescued by the "Sienore Mary" and "Eduardo II". The small fishing boat which partially submerged could tied up to the "MSC Regulus", which dropped anchor after the incident. The container ship, which had sailed from Callao on Dec 15 and was bound to Lazaro Cárdenas, remained at the accident site. The search area had a diameter of 15 miles. Several civilian ships joined the SAR operation which lasted throughout the weekend. On Dec 17, at 1:00 p.m., the "Fernandina Island" of the Coast Guard was deployed with a doctor, a nurse and three divers on board, as well as an aircraft that took off from Puerto Manta with the owner of the "Don Gerardo II" on board. Report with photo: https://gcaptain.com/five-dead-six-missing-msc-containership-collides-fishing-vessel-off-ecuador/