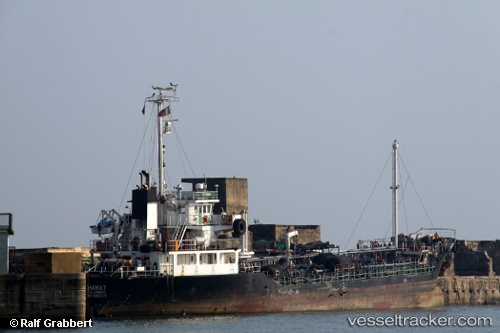 The Iranian authorities have released nine of the 12 Indian crew members the "Riah" by July 26. Tehran had accused the ship of smuggling oil in the context of growing tensions between the Iranian government, the United Kingdom and the United States over navigation in the Strait of Hormuz. An internal investigation by the Panamanian maritime authorities concluded that the tanker Riah had "deliberately violated international regulations". The conclusions led Panama to withdraw its flag from the tanker.

Iran has released nine out of 12 Indians who were onboard the Riah tanker that was detained in early July, accused of fuel smuggling, something the ship’s charterer has strenuously denied. Indian diplomats are now working to free the remaining three on the Riah as well as the crew on the Stena Impero, impounded by Iran a week ago, in addition to the seafarers on the Grace 1, an Iranian VLCC British armed forces took control of in waters off Gibraltar earlier this month.

Charterer: Tanker was unloaded when being captured

The "Riah" was empty of any cargo when Iranian forces seized it at gunpoint in the Strait of Hormuz according to the company RB Petrochemicalsthat chartered the ship. Iran impounded the tanker when it was scheduled to sail to Oman to load fuel for further shipment to Berbera. The 12 crew members, most of them Indians, were arrested. Nine mariners have since been released and will fly to New Delhi, while the remaining three, including the captain, remained in custody. The charterer denied that it was smuggling fuel out of Iran and intended to transfer the cargo to foreign vessels. The "Riah" was in the waterway and sailing into the Gulf when Iran intercepted it. KRB Petrochemicals, based in the U.A.E., hasn’t been asked to use the Riah to transport Iranian oil since its charter contract started on June 15. Officials from the U.A.E.’s Federal Transport Authority will meet with the charterer on July 22.