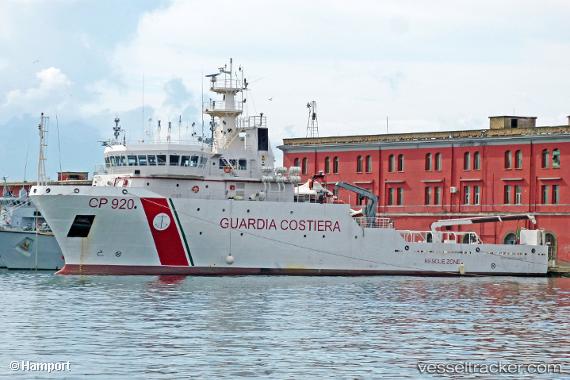 The "Gregoretti", which has taken 135 idstressed migrants on board, was waiting off Catania for mooring instructions. The right extremist Italian Minister Matteo Salvini refused to allow the ship to enter a domestic port. The government in Rome had "officially asked the EU Commission to coordinate the distribution of migrants on board. On July 26, 2019, the EU Commission again urged Member States to find a solution for the distribution of migrants rescued from distress. The rescued migrants were traveling on the Mediterranean with two different dinghies. One of the boats was discovered on July 25 by Tunisian fishermen. The Italian coastguard, who had been called to help, took over around 80 people. About 50 other migrants were discovered by an Italian fishing boat on July 24 in the jurisdiction of the Maltese Coast Guard, 50 kilometers from the island. However, the Maltese Coast Guard had not responded, said the captain of the Italian fishing boat, Carlo Giarratano, on his return to Sicily on in the morning of July 25. Finally, the Italian Coast Guard arrived and transferred the approximately 50 migrants to the rescue ship "Gregoretti". Despite the order by furious Salvini the ship berthed in Augusta in the night of July 27. After Germany, Portugal, Luxembourg, France and Ireland declared to receive the migrants, they were allowed on shore on Aug 1.

The first eight of an estimated 750 corpses have been retrieved by the "Bruno Gregoretti" from the wreck of the deadliest ever sinking of a boat carrying migrants in the Mediterranean. A submersible robot loaded bodies into a basket lowered to the seabed which was then raised to the surface, where they were placed in a refrigerated container on board of a navy vessel. Report with photo: http://www.thetimes.co.uk/tto/news/world/europe/article4484121.ece

An Italian coast guard patrol boat has docked into Boiler Wharf with a grisly cargo: the dead from yet another, perhaps the worst ever, shipwreck of migrants and asylum seekers in the Mediterranean With them were the only 28 survivors who lived to tell the tale of this horrific ordeal, another shipwreck at the feet of the Europe.The case is so serious, that the Maltese and Italian prime ministers Joseph Muscat and Matteo Renzo want an EU summit to be convened in order to demand action on human smuggling at the south of the EU's borders.According to reports, a vessel carrying “between 500 and 700 migrants” capsized around 120 miles south of Lampedusa, at around 7pm on Saturday. The Italian coast guard vessel Bruno Gregoracci arrived on the site of the shipwreck at 2am on Sunday morning. The number of dead has not yet been officially established, and the figure has only been cited by the survivors of the ordeal. Source : Maltatoday