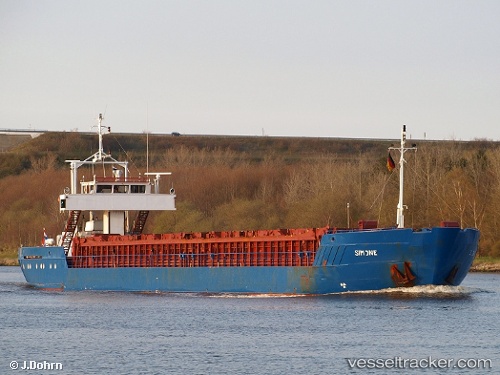 Inside the 'Nazmiye Ana', divers carried out additional underwater surveys and found the bodies of the missing two persons. The bodies were recovered and transferred to the morgue for an autopsy. The crew incident statement was taken by harbor master and attending surveyors. The salvage plan was prepared by the appointed salvage company and was under underway.

Survivors will not leave Castellón until wages have paid

The surviving crew members of the 'Nazmiye Ana' will not leave Castellón until they have received their compensation and salaries. All the crew members received wages below the agreement, but the Indians report worse treatment and more pressure. They are staying in a hotel in El Grao, with the support of the ITF-UGT Union and the assistance of Stella Maris, an international non-profit organization to support all seafarers in the world. The Nazmiye Ana had a crew of nine, among them three Indians, one Egyptian and four Turkish nationals. One 22-year-old man of Indian nationality, had disappeared when the ship capsized. The castaways were accommodated in a hotel in Grao, the expenses of which must be borne by the insurance company. Stella Maris provided them with a telephone so that they could contact their families, clothes and hygiene items for that first night; and later, transportation so they could buy the most essential items. The eight survivors contacted the Inspector of the International Transport Workers' Federation (ITF) in the area, JRG, who since then has provided support and assistance to the seafarers. The ITF filed a complaint with the Spanish Maritime Authority of the General Directorate of the Merchant Marine (DGMM)/Castellón Maritime Captaincy. As certified by JRG, there have been several breaches of the ILO Maritime Labuor Convention (International Labor Organization), in force since 2013 and ratified by Spain. Allegedly the Indian sailors had been forced to pay US $ 5,000 to Indian recruitment agencies to get on board the ship, which violates, among others, the rights of free access to the profession contained in the Maritime Labor Convention (Rule 1.4) Through the ITF, the sailors denounced the existence of salary debts and demanded compensation for the loss of the ship as well as the intimidation and harassment to which the seafarers were being subjected by the personnel of the Turkish shipping company, who repeatedly urged them not to claim their rights and tries to curtail the crewmembers' right to contact and receive advice from the ITF which verified that practically all the wages of the ship were well below the minimum established in international conventions. As they were paid in cash, when the ship capsized they lost everything they could have gained.

The port of Castellón reopened to commercial traffic on May 30, while the missing stevedore was still being searched for, guaranteeing all the security conditions to be able to continue the SAR operations. Currently, the diving plan by the Underwater Activities Group of the Civil Guard and Salvamento Marítimo divers focused on the surroundings of the 'Nazmiye Ana'. A Civil Guard helicopter was deployed to inspect the water surface, and an underwater robot from the Jaume I University of Castellón and another of Salvamento Marítimo have been sent from La Coruña.