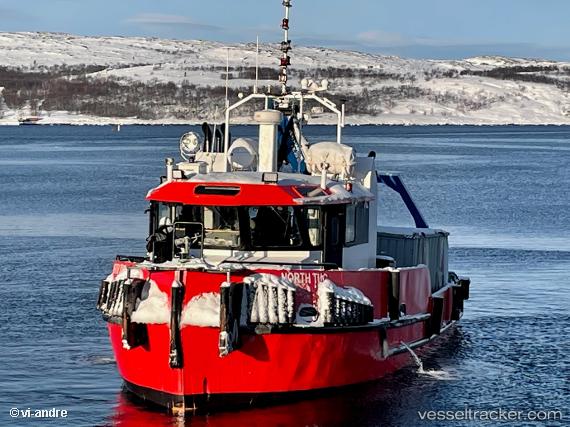 Tug wreck has to be raised

The Norwegien Coastguard ordered a salvage of the "North Tug," in the harbor of Kirkenes. Although the "North Tug" was resting 75 meters deep, the ship may afffect other vessels in Kirkenes using their anchor to navigate. The owners of the ship, the Kirkenes-based diving company Dykknor therefore have been advised that the wreck must be raised. The Commission's report about the accident will probably be ready in late autumn. Both the tug crew and the pilot on board the "Ocean Princess" and other witnesses were questioned. There was a small fuel spill from the wreck, which is about 150 to 200 meters off the shore. PIt had around 200 liters of hydraulic oil and three cbm diesel fuel on board, but the ship has a closure system for fuel. The wreck position was marked with two buoys, and other vessels were requested to navigate with caution in the inner harbour.

The reason why the "North Tug" capsized while assisting the cruise ship "Ocean Princess" in the port of Kirkenes was yet unclear, and the police was working to determine why the tug sank. They investigated whether there were human error or flaws. On June 11 there were no visible traces of the drama in the port of Kirkenes. If the vessel poses a risk to the security in the fairway, it must be removed the vessel but as it is resting 60 to 70 meters deep, and about 150-200 meters outside the municipality's deepwater harbor this remained to be doubted. Norwegian report with photos and video: http://www.nrk.no/nordnytt/kobler-inn-havarikommisjonen-1.11075255

The "North Tug" capsized and sank in Kirkenes on a water depth of 60--70 m while assisting the cruise ship "Ocean Princess" on June 10, 2013, at 6.15 p.m. The Østfinnmark police was notified of the accident by the Rescue Coordination Centre and all emergency services were dispatched to the location. The crew of two was picked up quickly from the water by some boats in the area, among them the intelligence ship "Marjata" and the Pilot boat 115, and was questioned by the police in Kirkenes. Norwegian report with photos: http://www.finnmarken.no/lokale_nyheter/article6702284.ece http://www.nrk.no/nordnytt/slepebat-sank---to-personer-i-sjoen-1.11073242