OASIS OF THE SEAS 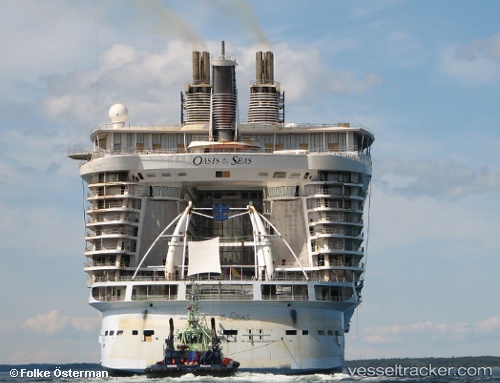 The Dutch court in The Hague has ruled on April 24 that the 'Oasis of the Seas' was wrongly fined €992,000 for an assumed violation of rules and regulation related to working conditions. In 2014 the Inspectorate for working conditions levied the fine on the basis of the Labour Act for aliens. Inspectors of the department of the Dutch ministry of social affairs and employment visited the vessel while it was docked at Keppel Verolme in Botlek Rotterdam (now Damen). It found that foreign workers on board the cruise ship did not have the proper Dutch work permits. However, it transpired that the foreign workers within the Royal Caribbean riding crew were legally allowed to refurbish the inside of the cruise ship without having a Dutch work permi and it was not necessary to apply for a work permit. The exception to the rule is laid down in the Article 1e(1)(c) of the Decree implementing the Law on the Employment of Foreign Nationals. The Dutch trade Union FNV has suggested going to a higher court for reconsideration of the ruling.

Two crew members of the 'Oasis of the Seas' have died in a Broward County, Florida hospital after being evacuated from the ship due to health problems. The first death was that of the Philippine Dexter Joyosa, who served as a waiter on the djip. His death was confirmed by the ship's captain through a loudspeaker. On April 20, Iputu Sugiartha, an Indonesian national, died too in the hospital. The company was in contact with his family to provide support. These deaths were in addition to that of a 'Symphony of the Seas' crew member, also from Royal Caribbean, who died on April 12, after being evacuated from the ship.

Dexter Joyosa, a Philippino bartender of the 'Oasis of the Seas', died in a Broward hospital on April 18. Joyosa reported for duty on the ship in Miami on March 15 — two days after the cruise industry canceled all new trips and the same day the vessel disgorged its passengers. At least 14 crew members have been diagnosed with coronavirus and nine have been evacuated to hospitals. Joyosa was the second Royal Caribbean employee to die in Florida within the past week. A 27-year-old crew member from Indonesia on the 'Symphony of the Seas' died on April 12 from COVID-19 — one of at least three cruise ship workers who have died from the illness at South Florida hospitals in recent weeks.