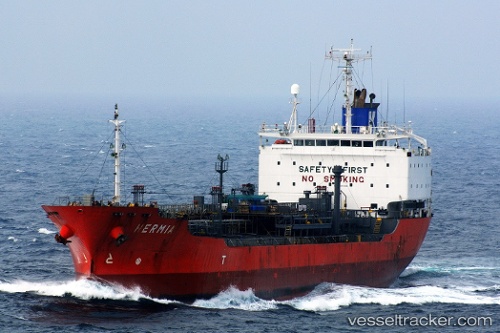 Around 120 asylum seekers demanded on Tuesday that Indonesia provide a vessel to allow them to continue to Australia, refusing to leave a tanker that rescued them at sea, an official said. The tanker sailing from Australia to Singapore picked up the asylum seekers, all men and mostly Afghans and some Iranians, in Indonesian waters on Sunday. "Until now, the asylum seekers are still refusing to get off the tanker before their requests are fulfilled," said Yanuar, an immigration official in Indonesia's Cilegon city, where the boat is docked at the port of Merak. "They requested that Indonesia facilitate their journey to Australia, and provide a vessel to get there," said the official, who goes by one name. "We gave them food last night (Monday), but we haven't assessed their health condition yet," said Banten province maritime police chief Budi Hermawan. The Singapore-flagged MT Hermia rescued the asylum seekers from a sinking wooden vessel in the Sunda Strait, between Java and Sumatra islands, and took them to Merak

A boat with around 120 illegal, mostly Afghan immigrants, on board, was disabled and started taking on water in 06-28.4S 105-28.3E, Sunda Strait, Indonesia, late at night April 7 2012. Boat issued distress signal, nearby tanker Hermia rescued migrants early in the morning April 8, and took them to the port of Merak in West Java, where migrants refused to leave the vessel unless their claims are heard by Australian officials. They hope that by staying on the tanker they will be able to strike a deal to be sent to Australia, though on the face of it they have demanded guarantees they will not be sent to an Indonesian detention centre. The crew and the manager of the tanker have a hell of a fun, with no hope to get any reward for all their trouble and losses. Migrants don’t care for the vessels and crews which rescue them, and more often, than not, endanger and harass the crews. Many vessels avoid distressed boats with migrants, and cases like this one are just one more illustration of the migrant mess, when vessels suffer when they rescue migrants, and are hold responsible when they avoid distressed migrant boats. Maritime Bulletin http://www.odin.tc