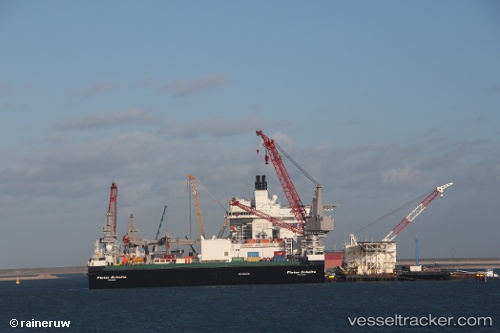 The offshore installation and decommissioning firm Allseas has won a contract to remove three complete offshore platforms and two jackets in Norway for Aker BP. The company said on April 7, 2020, that Aker BP had awarded it a deal to Aker BP for the removal and disposal of multiple topsides and jackets from the Valhall area in the Norwegian North Sea. Allseas will use the ÄPioneering Spirit' for the job. The work comprises removal and disposal of the Drilling Platform (DP) 5,950 t topsides and 4,350 t jacket, and Production and Compression Platform (PCP) 10,900 t topsides and 9,500 t jacket from the Valhall complex, plus the 1,100 t Hod topsides and 3,500 t jacket from the connected Hod field, 13 km to the south. The contract was the latest award triggered by Aker BP under the terms of the frame agreement signed with Allseas in 2017 to provide transport, installation and removal services for the Valhall oil field. The 'Pioneering Spirit' will execute the work between 2021 and 2026. Water depth at the field is approximately 70 meters. Platform preparations were scheduled to begin later in 2020 and continuing into the 2021 lift season. In addition, Aker BP has invoked the option for the removal and disposal of the Valhall Quarters Platform (QP) jacket and the 2/4-G jacket on the Ekofisk field, 24 km north of the Valhall complex. This option was associated with the 2017 award for the removal and disposal of the QP topsides, removed by the 'Pioneering Spirit' in June 2019.

On Jan 27, 2020, a man was injured in a work accident on board the 'Pioneering Spirit' when he fell while the ship was in the Skagerrak. An air ambulance took hm on board and transported him to the University Hospital Ullevål in Oslo.

Allseas has been awarded a contract by Repsol Norge for the removal, transfer, load-in to shore and disposal of the Gyda platform in the Norwegian North Sea. The contract covers both the topsides and jacket, and includes an option for reinstallation on another field, as well as an option for the removal and disposal of the jacket’s 32 conductors. Removal is planned for between late 2020 and 2023, and Allseas will utilise construction vessel Pioneering Spirit for the job.