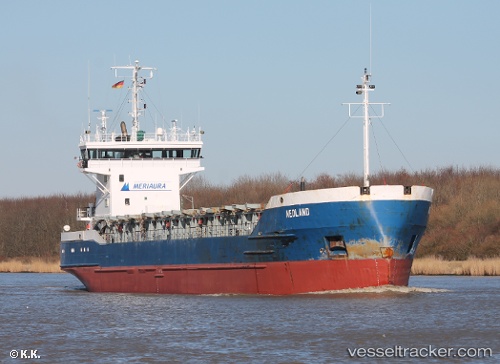 Man fell over board, another jumped behind - both rescued

The Russian cook, aged 50, fell over board from the "Prima Donna" four miles east of Simrishamn off Bornholm in the night of Apr 16, 2017 at 8.51 p.m. The ship returned, but did not manage to get the man on board. Another crew member, Atnon Tasanen from Finland, donned on a survival suit and jumped into the sea to save him. When he reached his colleague he had been in the water for 15-20 minutes, and appeared to be lifeless. He picked up his colleague and helped to get him back on deck. Tasanen broke seven ribs and got two more cracked as the weighed well around 120 kilos, with Tasanen weighing 75 kilograms. Both were picked up from the water at 10 p.m. by the rescue helicopter HKP 003. The other crew member had broken the ribs. Both were taken to the Blekinge hospital in Karlskrona where they arrived at 10.30 p.m. The man who initially went over board was unconscious after 1,5 hours in the cold water. Also a rescue boat from Skillinge and a helicopter from Ronneby were involved in the SAR operation.

Enroute Lidköping-Nyköping the "Nedland" ran aground on the edge of the Böttö fairway off Gothenburg in the morning of Dec 4, 2012. The vessel Nedland had anchored north of Rivö to bunker oil from a bunker tanker. But before the two boats had managed to connect, the freighter drifted westward, towards the fairway. The crew then tried to get up the anchor, but did not succeed, and the vessel continued to drag and slid to end up far off the fairway northwest of Rivö. A tug and pilot were alerted. The Crew of the "Nedland" pumped out some water from its ballast tanks as the ship eased somewhat. After the anchor was recovered, the ship slid off the shoal. At lunchtime the vessel was at anchor again, while waiting for the representatives from the Transport Agency to come out and inspect the damage. Also divers were to inspect the hull.