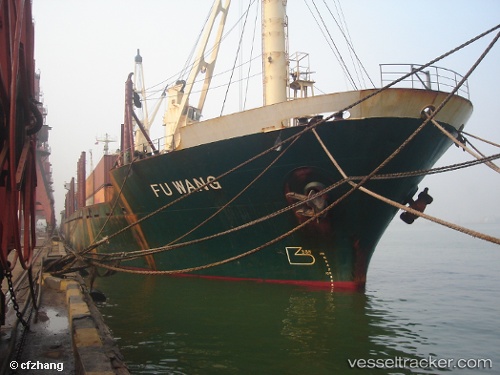 On Jan 22 the 24 survivors of the "Rich Forest" were safely transferred from the bulkcarrier "C.S. Sunshine" to the Coast Guard Cutter "Sequoia", and the "C.S. Sunshine" has been released from the case and continued its voyage to Japan. The "Sequoia" and the Coast Guard Cutter "Assateague" conducted a final visual assessment of the "Rich Forest", before departing for the islands of Saipan, Common Wealth of Northern Mariana Islands and Guam. The "Sequoia" was being expected to arrive in Saipan on Jan 24 where the survivors were to be met by Department of Homeland Security Investigations for processing and the Assateague will make its way back to its homeport of Guam. The "Rich Forest" was reported to be riding low at the stern, but still afloat and the owner has continued to pursue options for salvaging the vessel. The ship, carrying logs enroute to China, experienced flooding in the engine room on Jan 20 and subsequent loss of propulsion. The Chinese crew reported the vessel was taking on 160 tons of water per hour and generators had failed. Report with photos: http://www.uscgnews.com/go/doc/4007/2074270/Update-Crew-of-sinking-500-foot-ship-rescued-in-Pacific

Response for Rich Forest going on

The U.S.Coast Guard Sector Guam continued the response for the "Rich Forest" taking on water 420 nautical miles west of Guam which had experienced 13 foot seas and 20 to 30 knot winds. Four AMVER vessels, the "C.S. Sunshine", "Andromeda Voyager", "Corona Joyful" and "Antonis I" had diverted to the distressed ship with arrival times ranging from one to 14 hours. The patrol boat "Assateague" had been launched from Guam with a 27 hour transit time and the "Sequoia" diverted from Saipan with 40 hours until arrival. A fixed wing aircraft from Kadena Air Base in Okinawa, Japan was identified to support the search and rescue mission. During the afternoon of January 20, the bulk carrier "C.S. Sunshine" had arrived on-scene, and short time later the master of the "Rich Forest" had taken the decision to abandon ship into the vessel’s two 24-man life rafts. C.S. SUNSHINE was able to safely keep station and embark all 24 crewmembers. The "C.S. SUNSHINE planned to keep the rescued crew aboard until the "Assateague" arrived in the area. Safety Broadcasts were made advising mariners of the adrift vessel. In the afternoon of Jan 21, the "Assategue" joined the "C.S. Sunshine" and "Rich Forest." and was able to provide Sector Guam with an on-scene assessment of the current situation. The "Rich Forest" had remained afloat, despite the appearance of the stern riding lower than normal. Weather conditions subsided to five foot seas with an occasional eight to 10 foot and 15 knot winds. Sector Guam discussed potential courses of action with the vessel owner, both the Masters of the "C.S. Sunshine" and "Rich Forest" and responding CGCs. The vessel owner was working to establish plans for the vessel’s salvage. The "Assategue" remained on-scene with the "C.S. Sunshine" until the "Sequioas"’s projected arrival. If weather conditions were conconducive for the safe transfer of personnel, the 24 survivors were to be transported to the "Sequioa" and expected to arrive at Saipan on Jan 24.

24 crew members were safe after abandoning the "Rich Forest" approximately 440 miles west of Guam on Jan 20, 2014. At 8 a.m. on Jan 19, watchstanders at the Coast Guard Sector Guam Command Center had received a report of flooding from the ship which was carrying logs enroute to China. Due to the flooding in the engine room it lost propulsion. The Chinese crew reported the vessel was taking on 160 tons of water per hour and generators had failed. Coast Guard watchstanders in Guam identified four merchant vessels to provide assistance under the Automated Mutual Assistance Vessel Rescue System. The Coast Guard Cutters "Assateague" and "Sequoia" were deployed from Guam but were 18 hours away. At 1:21 p.m., the "Rich Forest"’s crew entered life rafts and abandoned ship. At 4:40 p.m., the bulkcarrier "CS Sunshine", IMO:9609471, rescued them from the life rafts and safely brought them aboard. The crew was to be taken aboard the "Assateague" once it arrived on scene. The "CS Sunshine" then planned to continue its way from Newcastle to Japan. The "Rich Forest" remained unpowered and adrift. The Coast Guard issued a broadcast notice to mariners to warn any ships in the area of the hazard to navigation and to report the location of the vessel.