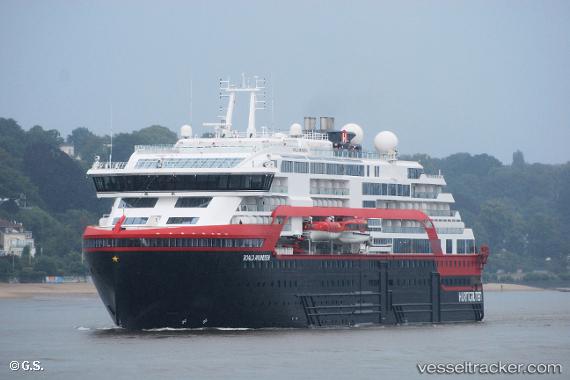 Hurtigruten was probably not entirely innocent of the outbreak o fcorona on board the 'Roald Amundsen'. The company has disregarded the quarantine regulations of the authorities, thus enabling the major outbreak on board. The Norwegian police was also investigating this. "We have failed," said Daniel Skjeldam, CEO, to various media. Now the Norwegian company has taken further steps and advised the COO Bert Martini to temporarily resign from his office. It was an initiative of the company and not of Martini himself. In the meantime, 62 corona cases - 41 crew members and 21 passengers - have been confirmed. The ship was still berthed in the port of Tromsø as of Aug 11. Hurtigruten has currently canceled all expedition voyages with the 'Roald Amundsen', 'Fridtjof Nansen' and 'Spitsbergen'. A connection between the Corona outbreak on the MS Roald Amundsen and the current actions of the Norwegian authorities with regard to cruises cannot be ruled out. As a result of the incidents, the authorities have become more cautious again and were skeptical of cruises. It was only on Aug 7 that TUI Cruises received the surprising message that the 'Mein Schiff 1' and 'Mein Schiff 2' would not be allowed to enter Norwegian territorial waters for their panoramic cruises. The plan was to transit the Norwegian fjords on these trips without going ashore. The guests were already on board and were surprised by this news. It is not yet clear how the Norwegian authorities will proceed in future cases.

Two more passengers of the 'Roald Amundsen' have been tested positive for the new Corona-virus, bringing the number of infected on 43. A man in the 70s was suffering from slight symptoms and a child with no symptoms were tested positive in Trondheim on Aug 4. One more person was still to be tested.

The Norwegian police has started an investigation into the Corona outbreak on the 'Roald Amundsen'. So far, 36 employees and four passengers have been found infected with the disease. Both the shipping company Hurtigruten and employees on the ship risked punishment. Hurtigruten has admitted that last week they did not follow the health authorities' advice to inform all passengers as soon as possible after the discovery of an infected with Covid-19 on July 29 because the message from the health authorities did not reach the top management. After finding an infected person that day, it became known on July 31that four crew members of the 'Roald Amundsen' were hospitalized with Covid-19 and since then the case has grown in size to a total of 40 infected and several hundred of the 386 passengers who were still waiting for test results. The police in Tromsø started gathering information on what has happened. Then they must assess whether there is a basis for starting an investigation into a possible criminal offense. If it turns out that Hurtigruten has violated the Norwegian Infection Control Act, the shipping company can be fined, while individuals who may have violated the law can be fined or imprisoned. The ship remained at the quay in Tromsø, where the rest of the 154-man crew was in quarantine together with the 60 passengers who have sailed with the ship in the past week. The ship arrived in Tromsø from Svalbard in the morning of July 31. The ship has been on two voyages in July, one departing from Tromsø on 17 July, and one departing on 24 July.