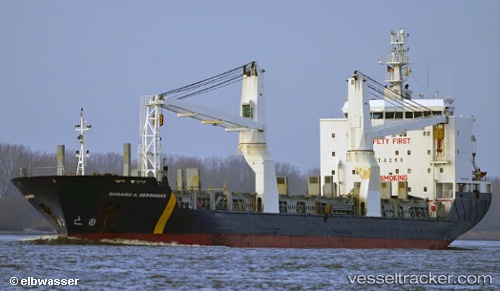 Beluga ship to be arrested and sold to cover oil bills

A Singapore company wants to take possession of a ship in the Port of Indiana-Burns Harbor, saying in a federal lawsuit that the ship’s owner skipped out on a more than $500,000 gas bill. According to the suit, filed Friday in the U.S. District Court in Hammond, Beluga Chartering GmbH, a German company, ordered two shipments of oil for the ship M/V Rosaire A. Desgagnes earlier this year while it was docked in Singapore. The company put the ship up as collateral for the oil, which cost a total of $561,224, according to the suit. Beluga never paid, however, and now World Fuel Services, which sold the oil, wants to arrest the ship, selling it to cover the payment, according to the lawsuit.