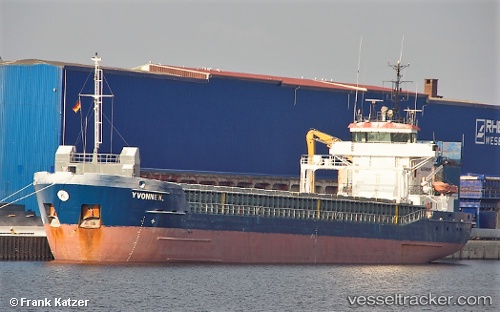 Sewage pipe damage on the Northsea

On June 15, 2021, the 'Sea Melody', while enroute from the Perafita Offshore Terminal at Leixoes to Dordrecht with 27 people and a cargo of 3.540 tons of granite stones on board, suffered a damage to its internal sewage pipe in position 50 09 27.0N, 003 28 58.0W. The engine needed to be cooled before repair work can be done. The Coastguard contacted the vessel and arranged for them to change the navigation status from NUC after the repairs were completed as the engine could be started within a few minutes and the vessel was underway again. On June 17 at 8.25 a.m. the ship moored at the RTM Anchorage South in pos. 51° 55.43' N 003° 44.11' E.

On Feb 2, 2020, at 9.25 a.m. the 'Yvonne K.' en route from Hamburg to Portbury with a cargo of soya pellets, suffered engine trouble and went adrift at as speed of 1.1 knots 12,8 miles from Beachy Head in position 50 40 48 N, 00 34 12 E. The vessel planned to exit the Traffic Separation Scheme to replace the gasket on the engine. The approximate time for completion of repairs was about one hour. Repairs were completed at 10.10 a.m., and the vessel continued its passage down Dover Strait TSS with an ETA in Portbury as of Feb 3 at 4 p.m.