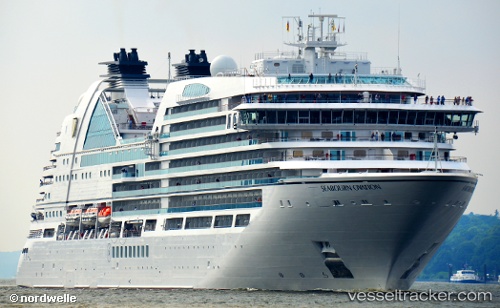 More than 4,000 passengers and crew members from two cruise ships were allowed to leave in Phuket on Feb 13, 2020, after public health officials had cleared them of the corona virus. The 'Seabourn Ovation', which has 495 passengers and 470 crew members on board, anchored at the Phuket deep-sea port on Feb 13, returning from Malaysia's Langkawi Island. Everybody onboard, most of them European, were screened by public health officials before being given permission to step ashore. The Phuket Marine Office confirmed all passengers and crew on the ship had tested negative. The ship was anchored for just 10 hours before it departed for Singapore, ETA Feb 14. The 'Quantum of the Seas' with 3,100 passengers and crew on board, docked at Phuket's Patong pier, and everybody was allowed to disembark after their temperatures were tested. The ship then continued to Singapore.

Seabourn will return to Asia in late 2018 and early 2019 aboard its newest ship, Seabourn Ovation. From the natural splendors of Vietnam and Thailand to the modern skylines and culture of Hong Kong and Singapore, the yacht-like ship will visit an array of destinations and cities, as well as offer a variety of optional shore excursions and pre- and post-cruise Seabourn Journeys to UNESCO World Heritage Sites, in this part of the world.

One of the world's newest and most luxurious cruise ships has docked in Cornwall. The Seabourn Ovation visited Falmouth as part of its maiden year tour of Europe. The mega yacht class ship, which has 604 passengers on board, was built by Fincantieri in Sestri Ponente, Italy, over the last two years and was delivered to its owners Seabourn Cruise Line in April this year. The £290 million cruise ship, which operates under a Bahamas flag, is the fifth to be delivered to her owners in the last decade. https://www.cornwalllive.com/news/cornwall-news/seabourn-ovation-cruise-ship-falmouth-2012892