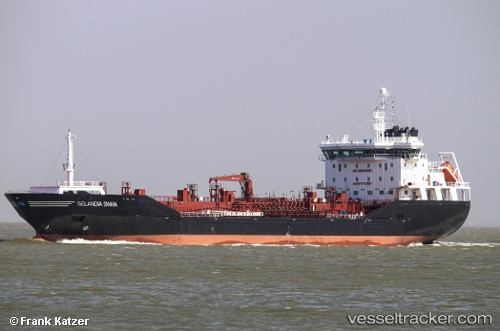 The Danish Maritime Accident Investigation Board has issued an accident report onboard the "Selandia Swan" on July 23, 2015. The findings from the investigation have indicated that, on that date, the 3rd officer was inspecting the lifebuoys mounted on the bridge wings while he was alone on watch on the bridge. During the inspection of the starboard lifebuoy, he accidentally lost his footing and fell overboard. Within 15 minutes the crewmembers realized that the 3rd officer was missing and they immediately responded as if he had fallen overboard and initiated the man overboard procedures. Several ships participated in the search, but were unsuccessful in locating the 3rd officer. He was located and recovered by a rescue helicopter deployed from the Danish JRCC. Resuscitation was commenced immediately after he was recovered from the sea, but was not successful. He was pronounced dead at Aalborg University Hospital at 1619 local time. The accident was a result of an absence of clear instructions on how to go about inspecting the lifebuoy. In the absence of instruction or guidance, he made a detailed inspection of the only item he could – namely the light. Neither the workplace nor the lifebuoy was designed for maintenance work. In order to carry out that inspection he had to climb the guard rail, thereby exposing himself to the risk of falling overboard. Presumably, he did not don a harness and fall arrester, because the risk of falling was not apparent to the 3rd officer as he was still behind the guard rail.After the accident, the operator has implemented several preventive measures: The work descriptions in the maintenance systems will be revised so they are more specific in describing the work tasks during monthly and weekly inspections on components that require visible inspection. • Two railing extensions have been mounted on the bridge wings thereby making the railing higher. The company has decided to limit the number of different types of lifebuoys. Full report: http://www.safety4sea.com/wp-content/uploads/2016/01/DMAIB-SELANDIA-SWAN-Fall-overboard-2016_01.pdf

Officer died after falling over board

A 37-year-old Filipino officer, who fell over board the "Selandia Swan" off Vorupør on July 23, 2015, at 10.30 a.m., has died. He was about to change a light bulb on the port side bridge wing when he 16 meters down to the sea . The man was in the water for two hours and fifteen minutes before he was found during a major rescue operation, in wich a number of ships wwas involved. He drifted about 14 nautical miles from Vorupør and was immediately brought to the medical center at Aalborg Hospital, but this failed to resuscitate the man. The tanker continued its voyage to Skagen after the mate was found, where it dropped anchor 8 p.m. to be examined by the Maritime Accident Investigation Board. In addition, the crew was interrogated to determine the cause of the accident.