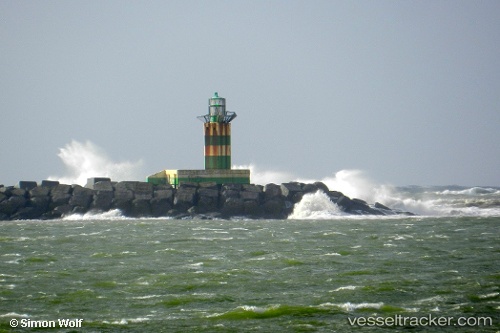 Because of the ongoing period of drought, and on the advice of the National Water Coordination Committee, the Directorate-General for Public Works and Water Management has switched to the so called KWA scenario (‘Klimaatbestendige Wateraanvoer’). One of the decisions made is that it is necessary to adjust the lock passage regime in IJmuiden to reduce saltwater intrusion from the North Sea Canal into the Amsterdam Rhine Canal. Therefore Port of Amsterdam will start the optimisation of the passage process, from Thursday 26 July 2018 at 06.00 pm. This means that we will strive to carry out each lock passage with as full a lock as possible and restrict the filling of empty locks where possible. To optimise the lock passages, we will apply a maximum waiting time for both the Middensluis and the Noordersluis locks of 1.5 hours as a result of the measure. By taking this measure, we will make a positive contribution to the fragile balance between fresh and salt water in the Amsterdam Rhine Canal.

The Dutch restaurant ship „Het Schip“, 1743 gt (EU-No.: 02318529), was threatened to sink at its berth at the South Quay in Beverwijk in the night from Feb 17 to 18, 2016. The ship had suffered a leak, and the fire rescue was called to assist when the water inside had reached a height of 1,5 meters. They could cope the flooding but in the morning it showed that the ship was still suffering more water ingress. An attempt to patch the leakage in the stern with wood blocks failed. A welder was unable to access the leak in the afternoon, so the 15 fire fighters continued to dewater the ship with two pumps. The hole in the hull may have been caused by corrosion. Already on Nov 5, 2015, it had suffered water ingress. The ship had been built as a cargo barge in 1913 at Meijer in Beneden-Leeuwen as "Thyssen 17" for the A. Thyssen GmbH & Co KG in Hamburg. Dutch report with photos and video: http://www.noordhollandsdagblad.nl/stadstreek/kennemerland/article27552724.ece/Restaurantschip-in-Beverwijk-toch-niet-gered-video?lref=SL_2

The €500 million sea lock public-private partnership (PPP) project in Ijmuiden, the Netherlands, as reported in more detail in August’s ‘MJ’ has successfully achieved financial close. Global development consultancy Mott MacDonald is lenders’ technical advisor1 to the OpenIJ consortium2 on the project. After almost 100 years in operation the current northern lock is to be replaced by a new 70m wide, 500m long, 18m deep lock system to ensure that the Amsterdam port area remains accessible for the new generation of medium-sized vessels. The larger, tide-independent lock will also reduce waiting times for ships and provide opportunities for future capacity expansion. Mott MacDonald provided due diligence and technical reports to support financial close and will now provide construction monitoring services to help the project stay on programme and budget. Joost van Loon, Mott MacDonald’s project director, said: “This project builds on Mott MacDonald’s previous infrastructure experience in the Netherlands and Belgium, where we are one of the leading providers of technical advice having worked on over 20 PPP schemes.” Construction is due to commence in early 2016, with the new lock available for shipping by the end of 2019. The new lock will then be maintained by OpenIJ for 26 years. http://www.maritimejournal.com/news101/insurance,-legal-and-finance/ijmuiden-sea-lock-ppp-reaches-financial-close