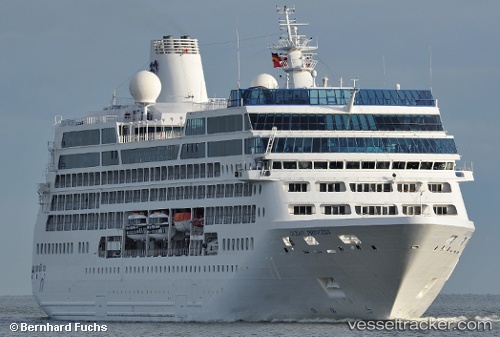 Oceania Cruises did not spare its newest ship from a fleetwide refurbishment program originally developed to inject new life into its oldest and smallest ships. Sirena, which launched in April 2016, has emerged from dry dock with completely redesigned cabins and suites, refreshed public spaces and new artwork throughout. All 342 cabins and suites onboard received new decor, fixtures and technological upgrades, including new entry doors, full-length mirrors and 100-volt outlets on each side of the bed. Additionally, the public spaces were redesigned, while crystal chandeliers were added throughout the ship. Sirena's spa also received new wall sconces.

Oceania Cruises’ Sirena made her maiden call at Port Zante in St. Kitts on 11 October, bringing more than 600 visitors to the Caribbean island. First launched in 1999 as Ocean Princess, the vessel sailed in the Princess Cruises’ fleet until 2016 when she joined Oceania Cruises’ R-class ships, Regatta, Insignia and Nautica. Sirena berthed in port alongside Princess Cruises’ Caribbean Princess, which visited with around 3,140 passengers. St. Kitts is expected to host an estimated 120 vessels between 7 October and 31 December.

After successfully visiting Cuba this month with Marina, Oceania Cruises has announced a new series of 10 cruises to the island next year on its newest ship, 684-passenger Sirena. The sailings, which include stops in Havana, Cienfuegos and Santiago de Cuba, will run from May 4 to October 26, 2018. Sirena will be the second Oceania ship running Cuba sailings next year, as 684-passenger Regatta will also cruise to the island in fall 2018. Oceania is already committed to Cuba in 2017, with six sailings on Insignia in the fall. All in all, the line has 20 trips that include stops in Cuba through next year. http://www.cruisecritic.co.uk/news/news.cfm?ID=7677