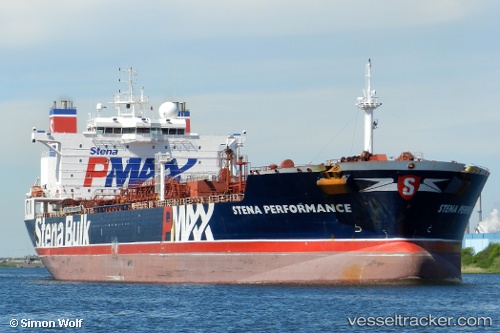 A contract to charter out the P-MAX tanker Stena Performance has been signed. The contractual partner is a large global oil company and the vessel will be used primarily for niche traffic in the Middle East. As with previous charters, these latest contracts are joint charters with Stena Bulk, and Concordia Maritime’s share amounts to 50 percent. The vessels will be operated by the successful MR pool within Stena Bulk Product & Chemicals (formerly Stena Weco). The contract for Stena Performance is for six months, with an option for a further six months, and runs from January 2018.

Concordia Maritime has now completed the upgrade of two of its P-MAX tankers to chemical class III, so-called IMO III classification. This means that the vessels are now also able to transport vegetable oils, in addition to refined petroleum products and crude oil. The vessels in question are the Stena Performance, re-delivered from her time charter at the end of June, and the latest addition to the fleet, the Stena Premium, delivered from the shipyard in June. An IMO III upgrade means that the vessels’ flexibility in the market is increasing and more days laden than in ballast can be achieved. The Stena Performance has been employed on the open market since July. Her operation is handled by Stena Weco on our behalf. Stena Weco is a joint venture between the Stena tanker company Stena Bulk and Danish Weco, a company specialized in transporting vegetable oils. The Stena Premium, is on a 3-year time charter to ST Shipping, a company in the energy conglomerate Glencore. Concordia Maritime also has, in return for compensation, reached an agreement with the French energy company Total for the early re-delivery of one of the four vessels on charter to them. This P-MAX, the Stena Provence, will therefore be employed in the open market from August and it is planned to upgrade also her to IMO III during the autumn