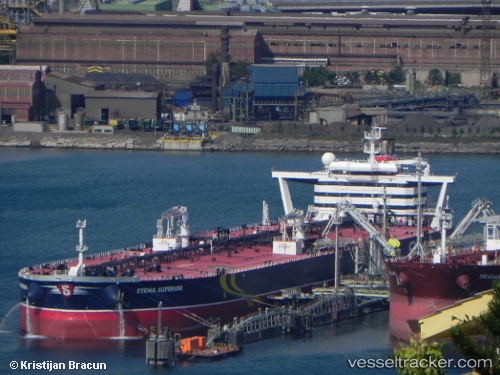 At the begnning of year 2013, Stena Bulk initiated a project where traditional energy efficiency and reduced bunker fuel consumption were expanded by the addition of increased efficiency from a more commercial and operational perspective. The relationship between freight and bunker fuel will be maximised still further. Enhancing efficiency will also lower the environmental impact by reducing sulphur oxide emissions by around 1,400 metric tons in 2013, said in the company's press release. Half of the SEK 65 million in savings on an annual basis is considered to be related to technology and half to commercial and operational measures. More at http://www.stenabulk.com/en/press-and-news/Pages/pressrelease.aspx?itemId=http%3a%2f%2fpublish.ne.cision.com%2fRelease%2fGetDetail%2fE4DA07CE40A3F81E

Claiming to be one of the leading exponents of cutting-edge environmentally-efficient ship designs, the Gothenburg-based Stena Bulk has recently introduced its latest tanker newbuilding into service which incorporates a range of energy-saving devices. Built at Samsung Heavy Industries in South Korea, the Stena Superior is the first Suezmax tanker in a series of seven 158,700dwt vessels which have dramatically improved energy efficiency. The fuel-saving technology includes optimised hull lines, increased diameter propeller, a bulb rudder, electronically-controlled de-rated main engine and energy-saving fins on the hull. These devices are claimed to achieve a minimum of 15% lower bunker consumption compared with the most efficient, conventional Suezmax tankers currently in service. With a length of 274.23m and a beam of 48m, the newbuilding is the largest tanker in Stena Bulk’s fleet. The newbuilding cost is quoted at $67.4 million which includes Stena upgrades of about $4.5 million for 40 years fatigue life, and fuel saving and environmental equipment worth about $2.5 million. http://www.motorship.com/features101/ships-and-shipyards/stena-leads-the-way-with-eco-suezmax-newbuilding

The first in a series of seven Suezmax tankers has been named Stena Superior in a ceremony at Samsung Heavy Industries' Geoje, Korea, shipyard. The 158,000 dwt Stena Superior has a length of 274 m and a beam of 48 m. Partly designed in-house by Stena Bulk, the tankers in the new Suezmax series have a dramatically improved energy efficiency, reducing bunker consumption by up to 15 percent compared with the most efficient, conventional Suezmax tankers. Most of the seven will join the successful Stena Sonangol Suezmax Pool. The pool was formed in 2005 and is controlled by Stena Bulk and the state-owned Angolan oil company Sonangol. The next Stena Bulk Suezmax in the series is the Stena Suède which will be delivered November 15, when it will enter a long term timecharter with the French oil giant Total.