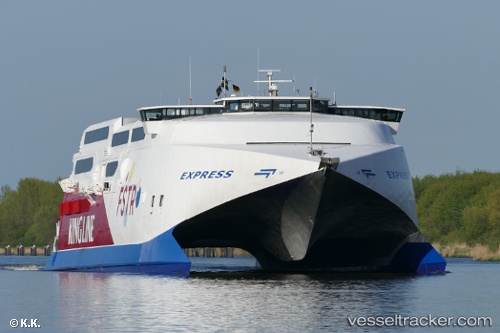 The Rafina Port Authority was informed by the Master of the 'Super Express' on Aug 25, 2022, that en route from the port of Tinos to the port of Rafina, a mechanical failure occurred in the port sidee outer main engine. The ship continued its voyage under its own power using three main engines and reached the port of Rafina, where it disembarked 748 passengers and 134 vehicles safely. The Rafina Port Authority initially prohibited the sailing of the ship, while after the repair of the damage as well as the presentation of a class maintenance certificate and a seaworthiness certificate from the classification society monitoring it, the ship was allowed to sail.

Passenger collapsed on board and died

The Port Authority of Tinos was informed in the afternoon of July 29, 2022, that a 48-year-old passenger of the 'Super Express' felt unwell during the disembarkation and collapsed inside the ship. The patient was picked up by an ambulance and transported to K.Y. Tinos, where his death was confirmed. He had boarded the shipo in the port of Mykonos bound for the port of Rafina. A preliminary investigation was carried out by the Port Authority of Tinos.

The 'Super Express' with 456 passengers ran aground in the new port of Tinos on April 22, 2022. The ship had sailed from Rafina at 3 p.m. en route to the islands of Tinos, Mykonos and Santorini. Short time later it managed to detach from the rockes and moored at the port at 4.40 p.m., where the disembarkation of the passengers commenced. The Coast Guard attended to carry out the necessary checks. There was no information yet on the extent of the damage that the ship has suffered. The passengers were carried on to their destinations with other ships of the company. There were noo reports of injuries in the accident. Report with photo: https://www.skai.gr/news/greece/super-express-prosarakse-sto-neo-limani-tis-tinou