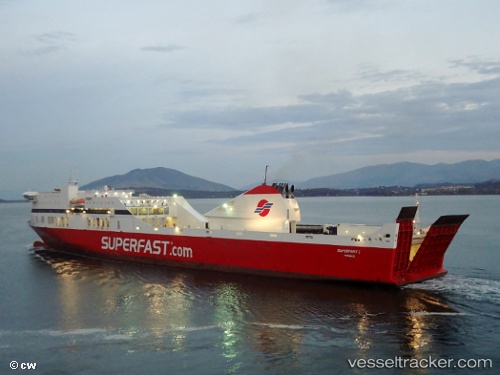 The Central Port Authority of Igoumenitsa was informed in the evening of March 15, 2ß21, by the Master of the 'Superfast I' 'that a 52-year-old passenger was injured, while the ship was operating its scheduled route from Bari to Igoumenitsa and Patras. He was injured at his right hand, while he was inside his cabin. The man was provided with first aid bythe ship's crew, and after the arrival at the port of Igoumenitsa, he was picked up by an ambulance and taken to the Igoumenitsa Health Center, where he remained for treatment. He underwent a breathalyzer test during which he was found to have consumed a quantity of alcohol with a concentration of alcohol in the blood of 1.00 milligrams per liter of blood. A preliminary investigation is carried out by the Port Authority.

The Port Authority of Patras was informed on Feb 14, 2021, at noon that a 61-year-old passenger of the 'Superfast I' was injured, while the ship was enroute to the port of Bari. He injured at the thumb of his left hand, when the toilet door of his cabin closed. He was given first aid by crew members of the ship, and upon arrival at the port of Bari he was transported to a hospital for further follow-up. A preliminary investigation was carried out by the Central Port Authority of Patras.

Ferry banned from sailing due to technical malfunction

In the afternoon of Dec 7, 2020, the Port Authority of Patras was informed by the Captain of the 'Superfast I' that before the scheduled departure from the port of Patras to Igoumenitsa and Bari with 28 passengers on board, there was a malfunction of the port side stern ramp. The ferry was banned from sailing until the repair of the damage and the presentation of a class maintenance certificate by the attending classification society. The ship finally sailed at 10 p.m. with an ETA in Igoumenitsa as of Dec 8, 2 p.m.