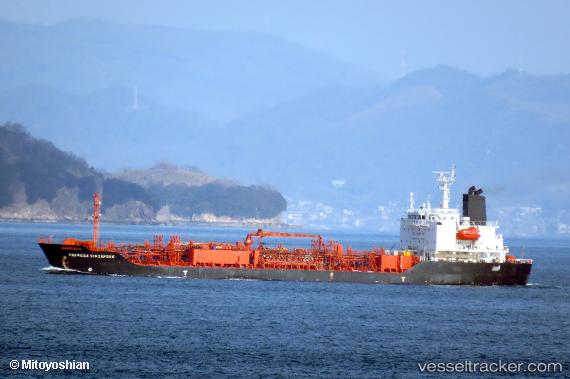 Singapore’s Wilmar continues to grow its tanker fleet, snapping up a pair of 9,000 dwt small chemical tankers from Bergen-headquartered Odfjell, according to broking reports. Seasure Shipbroking and Advanced Shipping & Trading both list Wilmar as the $13m en bloc buyer of 2004-built chemical tankers Bow Asia and Bow Singapore. The Fukuoka-built vessels are worth a little over $8m each according to VesselsValue. The vessels were reported sold by various brokers last week, however no buyer was mentioned in the reports.

A massive oil tanker that ran aground in Port Phillip Bay on Friday has been removed. The 115-metre Bow Singapore is believed to have hit a sandbar while turning in a shipping channel, just west of the Hovell Pile beacon, off Rosebud. Port of Melbourne Corporation chief executive Nick Easy said the liquid bulk carrier did not cause any environmental damage. He said the tanker was removed from south channel east with help from the tugboat Hastings last night. The operation was coordinated with the rising tide and started at 11.40pm. It took 20 minutes for the tanker to be removed from the channel. Mr Easy said the ship lost its steering in south channel at about 4pm on Friday, running aground in the sand near Hovell Pile. The tanker, which can carry up to 6219 tonnes of oil or chemical products, was bound for Geelong and had a pilot on board. "The vessel is now safely located at the outer anchorage in the north of the bay and will continue on to Geelong in due course," Mr Easy said. http://www.theage.com.au/victoria/massive-oil-tanker-bow-singapore-removed-after-running-aground-off-rosebud-20160819-gqx64m.html

The "Bow Singapore" ran aground on Aug 19, 2016, in Port Phillip Bay, off Rosebud. It hit a sandbar while turning in a shipping channel, just west of the Hovell Pile beacon. The tanker was was inbound, heading through a rain squall to Geelong when the accident happened. The ship berthed in Geelong on Aug 20 at 7.30 a.m.