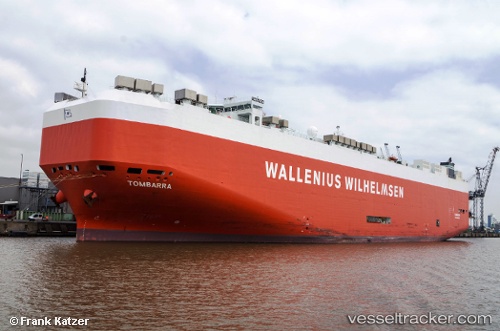 Inquest in deadly fall of lifeboat

A crew member of the "Tombarra" fell 29 metres to his death while it was docked in Bristol. The 23 year old Gerardo Tonogbanua, was a Filipino national who worked on board the vehicle carrier died on Feb 7, 2011 while working on a lifeboat on the side of the ship as it was moored at the Royal Portbury Dock. An inquest into his death held at Flax Bourton Coroner's Court on Apr 28, 2014, heard that Mr Tonogbanua, an engineer, was taking part in a monthly drill to test the ship's lifeboat equipment. This included sitting in the lifeboat and being winched down the side of the ship and then back up. Howard Flegg, an inspector from the Department for Transport's Marine Accident Investigation Branch, told that the accident happened when the boat's fall wire parted as the boat was being recovered to its stowage during the drill. Mr. Tonogbanua and three other colleagues plummeted 29 metres into the freezing water of the Severn Estuary. The other men survived but Mr Tonogbanua was later pronounced dead at Bristol Royal Infirmary. The inquest heard a statement from Paul Penardonda, a junior engineer who was another member of the rescue boat crew during the incident. He said during the drill everything went as normal, and the boat's engine was tested in the water. After being winched back up the boat became level with the upper deck of the ship. He was waiting to step off the boat when he heard a ping, like steel snapping. The rescue boat turned 360 degrees, and then fell down. He became unconscious from the fall and came to in the water while the craft was upside down. The second officer Tonogbanua was struggling to get free from the ropes. A tug boat pulled up alongside, pulled him out, and he was admitted to hospital. Members of the jury watched a presentation by Mr Flegg, which demonstrated how a lifeboat is winched up and down the side of the ship, showing the equipment involved. They were then taken to Royal Portbury Dock to look at a car carrier ship of similar size. The inquest was expected to last five day.

Another worker who was injured Friday in an accident inside a Singaporean shipyard in Barangay Cawag Subic Zambales which instantly killed five others died Saturday in the hospital in Olongapo city. Reports identified the latest fatality as Ronaldo Bagay who lost his leg during the accident and was rushed to a hospital in Olongapo City Friday, the death toll now total to six . Seven other workers are still in the hospital after being injured in the same accident. Subic Mayor Jeffrey Khonghun said the incident happened when a 42-ton steel scaffolding inside the shipyard of Keppel Shipyard Inc. gave way which fell on the workers working bellow.