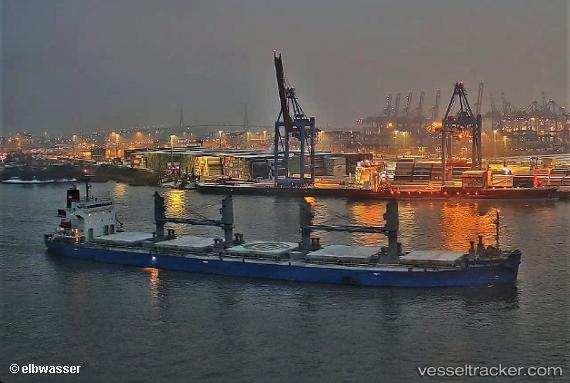 After being detained in the port of Newcastle for a month, the 'Unison Jasper' has now been banned from Australian ports for six months. The bulk carrier was detained on July 25, 2020, for breaches to the Maritime Labour Convention. According to AMSA, they have found several sets of wage accounts and multiple conflicting seafarer employment agreements as well as insufficient quantity and variety of food on board and an ineffective complaints procedure. On July 31 AMSA reported that 11 crew members exercised their right to leave the ship and entered into quarantine arrangements in Sydney so they could be repatriated to their own country. The ship remained under detention in Newcastle because there were not enough crew onboard to sail the ship safely. The operator, Unison Marine Corporation arranged for a replacement crew which arrived from overseas and then the vessel was permitted to depart Australia.

Australian authorities detained at least two cargo ships for alleged labour violations related to demands from seafarers to be sent home, some of whom have spent more than a year at sea. The ships, which are or will be carrying materials for Cargill Inc. and for an aluminum industry joint venture that includes Rio Tinto Group, will be detained until they can adequately address the violations, the Australian Maritime Safety Authority said. The detention of the 'Unison Jasper', which was hauling alumina to the Tomago Aluminum smelter north of Sydney, related to the failure to ensure seafarers’ employment and social rights under Article IV of the Maritime Labour Convention, including payment of wages, crew repatriation and provision of fresh food. The smelter is a joint venture between Rio Tinto Group, CSR Ltd. and Hydro Aluminium AS. The vessel is on time-charter to Danish shipping services company Lauritzen Bulkers A/S, which sublet it to a third party. The ship is owned by Emerald Shipping (HK) Co. Ltd., currently operated by Unison Marine Group and chartered by Pacific Basin, according to the AMSA. Pacific Basin said in a statement that its “not involved in matters to do with the vessel’s ship management and crewing.” The ship had entered Newcastle port on July 25, 2020. The other detained vessel, the 'Ben Rinnes', didn’t have a valid repatriation plan for seafarers who have been on the ship for more than 13 months. The vessel is owned by MassMutual Asset Finance LLC, an affiliate of Massachusetts Mutual Life Insurance Co. The vessel was was chartered by Cargill Inc. and operated by Navios Shipmanagement Inc., according to the AMSA.