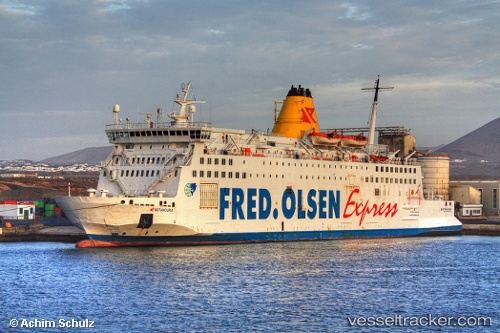 Starting on Apriil 11, vessels operating to and from Finland can no longer take passengers on board. Wasaline, was prepared for the government's new restrictions, and after April 9, the 'Wasa Express' will still sail on its usual schedule, but it is no longer possible to book a ticket for the passenger traffic. The restriction is valid until May 13, 2020. However, in the past few weeks there have been about ten passengers on each trip. Wasaline's freight traffic continues as the shipping company was granted support by Finland's emergency preparedness center. On Easter Saturday and Easter Sunday, the 'Wasa Express' will remain in port as there is no shipping need, but on April 13 freight traffic resumes. On some trips the freight capacity has even been almost fully booked. There were still 26 crew on the ship that are needed to operate the vessel and run the freight. The kitchen is also still working.

The departure of the 'Wasa Express' from Vaasa to Umeå was delayed due to a hydraulic leak on the stern ramp on Oct 16, 2019. The delay was estimated to be about three hours. The ship should have sailed from Vaasa at 2.30 p.m., but repairs were expected to be completed only around 5.30 p.m. The following departure from Umeå, scheduled for 7 p.m., will also be delayed accordingly.

The "Wasa Express" was forced to return to Vaasa after a truck tipped over in stormy seas in the bay of Bothnia on Nov 29, 2018, at noon. Wind speeds of up to 22 meters/second hit the ferry 17 nautical miles off the Vasa archipelago. Furniture got in motion and broke as well as dishes. After the truck which carried recycled plastic broke lose from its chains and crashed onto another vehicle, the captain decided to turn around the ship and slowly sail back to Vaasa. Neither the 104 passengers nor the ship's safety were affected. The ferry arrived back in port at 4.30 p.m. and was inspected. The truck was removed from the cargo deck. The evening's departure from Umeå to Vaasa was cancelled as well as the sailings on Nov 30 and Dec 1. Reports with photo and video: https://yle.fi/uutiset/3-10532400 https://www.vasabladet.fi/Artikel/Visa/249310 https://svenska.yle.fi/artikel/2018/11/30/wasa-express-gick-ut-pa-torsdag-trots-stormvarning-det-ar-inte-forsta-gangen-det