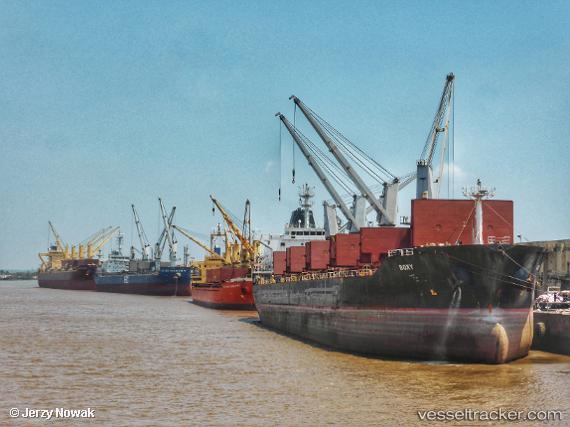 Van Oord has been contracted to carry out emergency dredging works in the Port of Beira, Mozambique, the company said in its press release. CFM, the ports and railways company of Mozambique, is the client. Reinstating the port access channel to its charted lines and levels is of great importance to facilitate the growing maritime transport in this region. Execution of the project will start soon and will take six months to complete. The Port of Beira acts as a gateway to the central interior area of the country as well as the land-locked nations of Zimbabwe, Zambia, Malawi and the Democratic Republic of Congo. Trailing suction hopper dredger Volvox Atalanta will dredge the port access channel to its original width and depth and will be assisted by the Sagar Manthan for bed-levelling operations.

Essar Ports has signed a 30-year concession agreement with the Government of Mozambique to develop a new coal terminal at Beira Port, as part of a Public Private Partnership (PPP) project. The project will be executed on Design, Build, Own, Operate and Transfer (DBOOT) basis through a subsidiary, New Coal Terminal Beira, SA (NCTB SA), which is a joint venture of Essar (which will own 70) and Portos e Caminhos de Ferro de Moçambique (CFM, which will own 30%). The project will enhance the coal handling capacity of Mozambique by 20 MTPA in two phases of 10 MTPA each.