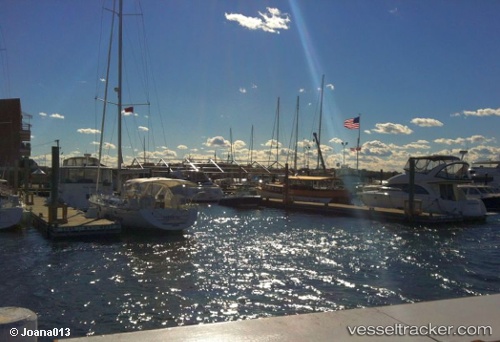 COSCOCS, one of the largest container operators in the world, upgraded its service into the Port of Boston Sunday with a vessel that can carry more than 8,500 TEUs (20-foot equivalent units), Conley’s largest cargo ship to date. The Port is responsible for $4.6 billion of economic activity and 7,000 direct jobs. “This is an exciting time at Conley as we have seen double digit growth in both imports and exports this year,” said Massport’s Port Director Lisa Wieland. “Having calls by larger ships is the future, and the Port is working diligently to accommodate them.” The ship, COSCOCS’s Xin Mei Zhou, arrived Sunday morning (July 17,2016) and departed Sunday evening. The ship is almost 1,100 feet long and will carry 8,530 TEUs.

The Massachusetts Port Authority (Massport) Board today voted to approve to execute a Project Partnering Agreement with the U.S. Army Corps of Engineers (ACOE) and MassDOT to start the Boston Harbor Dredging Project. A signed agreement allows the ACOE to bid contracts for construction on a Confined Aquatic Disposal cell (CAD cell), which is needed for the maintenance dredging of the Inner Harbor Main Ship Channel. Maintenance dredging will restore the inner harbor to 40 feet and is the first phase of the larger dredging project. Without maintenance dredging, the harbor will continue to silt, leading to increased transit times, economic inefficiencies, and navigational safety concerns. This portion of the harbor was last dredged by the ACOE in 1986, and is vital to the maritime economy in Massachusetts. http://www.maritimeprofessional.com/news/boston-harbor-dredging-project-underway-287098

The Captain of Port Boston has released a Port Bulletin about the forecasted major Nor'easter that could adversely impact the regional Maritime Transportation System over the next couple of days. The National Weather Service has issued a Winter Storm Warning and Coastal Flood Warnings for Boston and surrounding communities along the coast from Monday evening (26 January) through Wednesday morning (28 January).