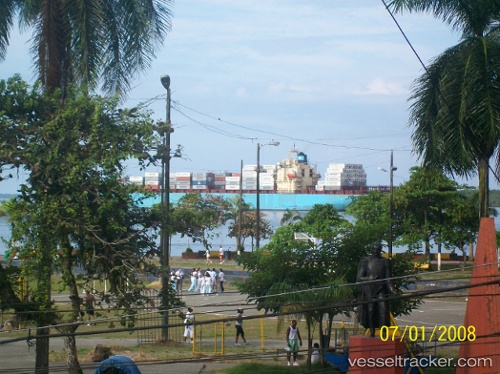 Sociedad Puerto Industrial de Aguadulce (SPIA) sets a new operational milestone at the Port of Buenaventura after servicing the 14,436-TEU vessel MSC Faith, the largest ship ever to dock in Colombia. With a length of overall of 366 meters, the MSC Faith makes its maiden call in South America at Puerto Aguadulce, as part of Mediterranean Shipping Company’s (MSC) weekly service between Asia and Latin America’s west coast.

The El Pinal bridge, the only way in or out of Buenaventura, has been blocked since Jan. 19 morning due to a strike by cabotage shipowners. The strike is being staged in protest at the government's non-fulfilment of promises regarding fuel subsidies. The blockage of the El Pinal Bridge has caused delays on the transportation of goods to and from Buenaventura as well as delays in the operation of vessels.