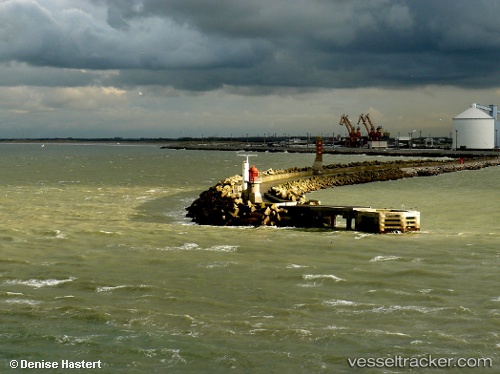 UK must pay for French ports after Brexit, Macron to tell May

French President Emmanuel Macron is expected to demand the UK pays for new customs services at Calais and other French ports after Brexit when he meets Theresa May next month. It is highly likely that more rigorous and bureaucratic customs and immigration controls will be required after the UK leaves the European Union.

A FERRY carrying 300 passengers smashed into the port of Calais today – and all ferries to the UK from France were cancelled. France's Calais port was closed after a P&O ferry ran aground. It has since reopened. The Pride of Kent vessel was on its way to Dover when it tried to leave the port in massive 90mph winds. Passengers were stuck on the ship but they have since been transferred to another vessel. A spokesperson said a large gust of wind caused the ship to lose control. https://www.dailystar.co.uk/news/latest-news/666047/Ferry-passengers-France-Calais-port-crash-Storm-Ana-Caroline

ritish truck drivers are calling for the French military to be deployed in Calais after hundreds of migrants blocked the port and boarded a passenger ship. Security forces were drafted in at the weekend after 350 migrants descended on the port and some boarded P&O's Spirit Of Britain ferry. The incident happened during a protest at the port in favour of migrants. UK Road Haulage Association Richard Burnett said drivers faced daily attacks and intimidation and warned it was "only a matter of time before our worst fears become a reality and a UK-bound truck driver is killed". Drivers have had bricks, rocks and a metal spear thrown at their cabs, shopping trolleys thrown from overhead bridges and have been held at knifepoint while refuelling vehicles, he said. French Interior minister Bernard Cazeneuve said 35 people - 26 migrants and nine activists - were arrested during the incident on at the weekend. He said mobile forces, including riot police, gendarmes and border units, had been mobilised for several months. http://www.radionz.co.nz/news/bites/294863/uk-truck-drivers-call-for-more-security-after-migrants-storm-port