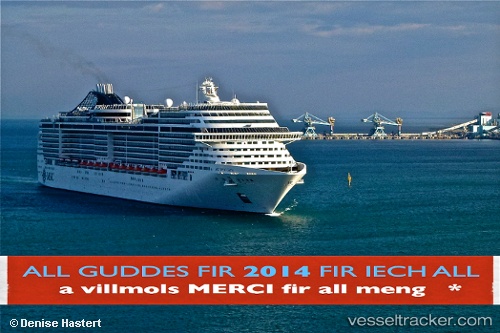 With the traditional ceremony of a "maiden call" this week to the port of Civitavecchia, the MSC Preziosa has officially kicked off the new summer cruises season at the port of Lazio. The usual exchange of commemorative plaques attended by representatives of the local authorities and institutions were welcomed in the Safari Lounge by the commander of the ship and from the Italian Area Manager for Central Italy and Manager of MSC Cruises, Marco Ponticiello. Over the summer of 2015, the MSC Preziosa, a 4,000-passenger flagship, will dock every Sunday at Civitavecchia until November with cruises between Italy, Spain, and France that will see 39 port of calls and handle 180,000 passengers in total.

Port of Civitavecchia plans extension for over €150mio