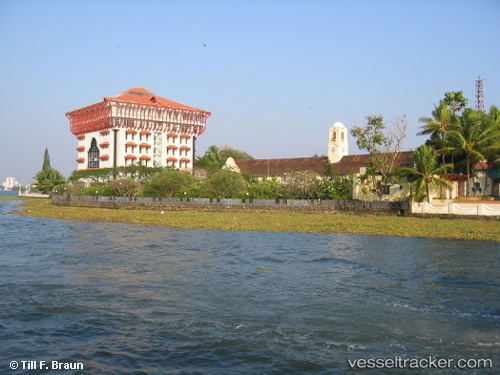 The coast guard found signs of an accident on the British oil tanker Orange Victoria which was seized in COCHIN after the accident involving a fishing boat on the coast of Vizhinjam The Fort Kochi Coastal Police and the Marine Mercantile Division conducted an inspection of the ship anchored in the open sea on Saturday morning .The paint on this part has been collected by scientific experts for scientific examination . Captain Nikhil told the Coastal Police that they were not aware that the ship had collided with the boat . There are 23 sailors on board . The ship while en route from Singapore to Indian port, presumably struck fiberglass fishing boat 46 nm off COCHIN at night Mar 18. boat was damaged, all 6 crew safe. Hull paint samples are taken, to conduct lab analysis