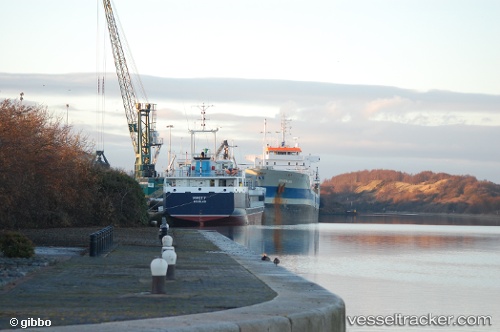 Freight forwarding business Quality Freight UK (QF UK) has boosted its crane capability at its facility at Ellesmere Port in the north-west of England. The company has acquired a Fuchs MHL390 crane through an investment of over £700,000, with the new product capable of handling over 400 metric tonnes per hour on cargoes. The crane will add to QF UK’s other cranes, which comprise a MHL360 wheeled crane at its Ellesmere Port terminal, a Liebherr 150 crane and an RHL340 tracked crane.

A stretch of canal near Ellesmere Port was reopened after an oil spill. The section of the Manchester Ship Canal was opened at 8pm yesterday, August 21, 2012. The Environment Agency and the Health and Safety Executive are investigating the cause of the incident, in which oil was spilt into the water near Stanlow oil refinery in the early hours of Sunday morning. Read More http://www.liverpoolecho.co.uk/liverpool-news/local-news/2012/08/22/ship-canal-reopened-near-ellesmere-port-after-oil-spill-100252-31670428/#ixzz24G3dSADC

THE Manchester Ship Canal is getting a little bit of Monica in its life as a new coaster of that name expands container services along the waterway. The m/v Monica, which can carry 160 containers, will not only boost Peel Ports’ thrice-weekly freight services between Liverpool and Manchester but add more calls at Ellesmere Port. Peel Ports, which owns Port of Liverpool and Manchester Ship Canal, has also bought a new 40-tonne mobile harbour crane for Irlam Container Terminal, near Manchester. The ship canal freight service has grown by five-fold in three years, from handling 3,000 containers in 2009 to an expected 15,000 this year. Read More http://www.liverpoolecho.co.uk/liverpool-news/local-news/2012/07/02/new-freight-service-barges-up-the-manchester-ship-canal-100252-31300329/#ixzz1zSSFrIZl