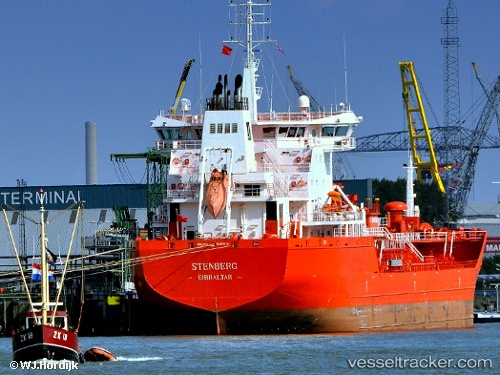 The Latvian captain, who was found drunk on the "Stenberg" on Dec 16, 2014, and who was charged with drunken sailing, has been acquitted by the court in Gothenburg on Jan 20, 2014, because it could not be ruled out that he had been drinking after having been relieved of his command. The tanker was heading to from Ventspils to Stenungsund with a cargo of 15,000 tonnes of naphtha when a Swedish pilot boarded the ship off the pilot station Hälleberget. The pilot tried in vain to wake up the captain, then anchored the ship and called the Coast Guard. When the Coast Guard arrived, they found out that the captain's blood alcohol level was higher than permitted, so the chief officer took over the command and guided the tanker into the port of Stenungsund. After arriving in Stenungsund another test was carried out and the captain's blood alcohol measured with 1.2 per mille. The limit in Sweden is 1.0 per mille. But it was impossible to prove that he was beyond this Limit when the ship entered Swedish waters, so he was acquitted.The prosecuter probably will appeal as he should have been convicted of at least "normal" alcohol sailing.

Tanker involved in allision off Brunsbüttel

On Jan 16, 2014, around 5 a.m. the container m/v "Wes Janine" went adrift in tidal currents on the Northwest anchorage off Brunsbüttel and allided with the "Stenberg" which was anchoring west of the container ship and also waiting for the canal transit. The "Wes Janine" had been waiting to enter the Kiel Canal since 2 a.m. When hitting the tanker foreship, the anchor chains of both vessels got entangled. The anchor chain of the "Stenberg" was wrapped around the rudder, the propeller and the propeller shaft of the container ship which was secured by the tugs "Wolf" and "Bugsier 14". Three containers were damaged too. Later in the day also the "Taucher Otto Wulf 3" attended to clear the mess. Divers went down to weld off the chain. Also the police boat "Schwansen" was on scene. The "Stenberg" continued the voyage from Ijmuiden to Gdansk entering the Brunsbüttel lock of the Kiel Canal around 2 p.m., leaving the whole anchor chain behind, while the container ship remained on the Brunsbüttel anchorage being held in position by the tugs. Once the chain was off, the ship was to be towed to Cuxhaven for further surveys. The "Wes Janine" had sailed from the Strom Quay in Bremerhaven on Jan 15 at 8.40 p.m. bound for St. Petersburg. The Police Brunsbüttel launched an investigation which also involved the fact that the crew of the "Wes Janine" did not notice the drift of its vessel. Photos of "Stenberg" without anchor in Brunsbüttel: http://nok-schiffsbilder.de/modules/myalbum/photo.php?lid=41542&cid=6 http://nok-schiffsbilder.de/modules/myalbum/photo.php?lid=41541

Drunken master of tanker underway from Ventspils arrested in Sweden

In the morning of Dec 16, 2013, the master of the "Stenberg" was arrested on suspicion of drunken sailing. The tanker was enroute from Ventspils to Stenungsund with 15000 tons of naphta. When the pilot came on board the ship in the early morning, he discovered that the master was not able to navigate. He decided to drop anchor and alert the Swedish Coast Guard. A breathalyzer test revealed that the captain had an alcohol level of 1.2 per mille. The Coast Guard launched an investigation and turned the case over to prosecutors. The master was taken in police custody in Uddevalla and was to be interrogated by the Coast Guard on Dec 17. Swedish report with photo: http://sverigesradio.se/sida/artikel.aspx?programid=104&artikel=5735732