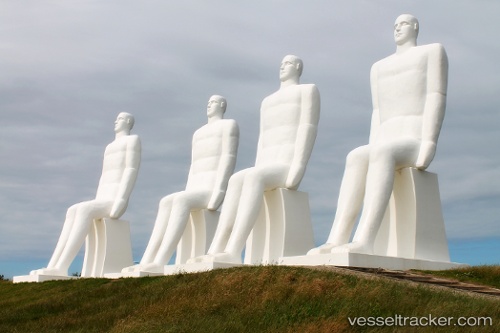 With a single daily call and more standardised cargoes to handle, i.e. uniform trailers, DFDS has announced that it is no longer economically viable to run its own ro-ro terminal in Esbjerg, Denmark. It will be closed with immediate effect.

The massive decline of the price of crude oil has hit Esbjerg hard. Every 10th of the roughly 10,000 who are living by servicing the oil and gas industry in town has already lost the job, and another 2,000 jobs may be in danger. Two out of three Danish offshore jobs are in Esbjerg, and the city's Mayor Johnny Søtrup is highly concerned about the development. But he stressed that the city also has a strong wind sector which is facing new growth due to the offshore wind farm Horns Rev 3. In the construction phase it will create between 7,000 and 8,000 jobs, of which a good part will be in Esbjerg.

Vestas will step up testing of its 8 megawatt (MW) wind turbine, the world’s most powerful, by installing two of them in the port of Esbjerg in southern Denmark, the Danish company said on Wednesday. The wind farm will be built onshore to facilitate testing even though the turbines have been developed, in a joint venture with Japan’s Mitsubishi Heavy Industries, for the offshore market where Vestas is seeking to catch up with Germany’s Siemens. The testing will be carried out in cooperation with European Energy, the company which will build the project. It has also ordered two additional, smaller turbines for the testing facility.