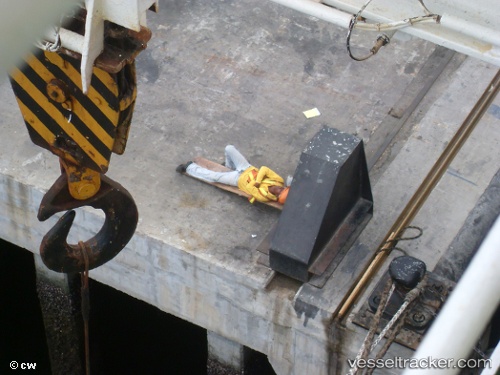 Contecon Guayaquil SA (CGSA), the Ecuadorian subsidiary of International Container Terminal Services, Inc. (ICTSI), welcomes the recent decision by the Guayaquil government to dredge and maintain the channel leading to the Port of Guayaquil. Through an international tender, the Technical Commission of the Municipality of Guayaquil last 5 October awarded a 25-year concession to the Luxembourg-based Jan De Nul Group, which will undertake the dredging and maintenance of the 95-km main access channel leading to the port. With dredging works expected to be completed within the first year of the concession, mega vessels will soon be able to enter the port even with a 12.5-meter draft at high tide, from the existing access channel depth of 9.6 meters.

Police in Ecuador seize 880lbs of cocaine on cargo ship

Ecuadorean police have seized close to 400 kilograms (880 pounds) of cocaine and detained four people who allegedly tried to hide the drug in a truck that was to be put on a cargo ship in the port city of Guayaquil. The police department says on its Twitter account that the cocaine was contained in 385 packages. A police report says Friday's operation was the result of a two-month investigation working with European anti-drug agencies. Ecuador is used by drug cartels in Colombia and Peru as a transshipment point for narcotics bound for the United States and Europe. http://latino.foxnews.com/latino/news/2016/08/06/police-in-ecuador-seize-880lbs-cocaine-on-cargo-ship/

CMA CGM, a leading worldwide shipping Group, has announced the launch of its new Med Gulf Ecuador service (MGE) offering a direct connection between the Mediterranean Sea, the Caribbean, the Gulf of Mexico, Colombia and Ecuador. It will start on December 19th in Guayaquil.Thanks to this offer, Ecuador, one of the largest banana producers in the world, will be linked to Malta in 19 days. Transhipment connections with other Group services offered in Malta guarantee full export solutions for Ecuadorian producers towards all global consumer markets around the world, such as the Mediterranean Sea, North Africa, and the Middle East.Moreover, CMA CGM provides the only direct and weekly service between the Gulf of Mexico (Veracruz, Altamira, Houston and New Orleans) and Ecuador (Guayaquil). The Group answers its clients’ export needs from the U.S. and Mexico towards Latin America. Thanks to transhipment connections in Guayaquil, transport services are offered to Peru, Chile and Colombia. CMA CGM upgrades its presence on intra American markets and pursues its development strategy in Latin America a few months ahead of the new Panama Canal opening expected mid-2016. The new rotation will be as follow: Malta, Livorno, Geneva, Barcelona, Valence, Tangiers, Caucedo, Kingston, Veracruz, Altamira, Houston, New Orleans, Kingston, Cartagena, Guayaquil, Kingston then back to Malta. CMA CGM will operate all nine 2100 to 2500 TEU capacity vessels, with large Reefer capacity. http://en.portnews.ru/news/211556/